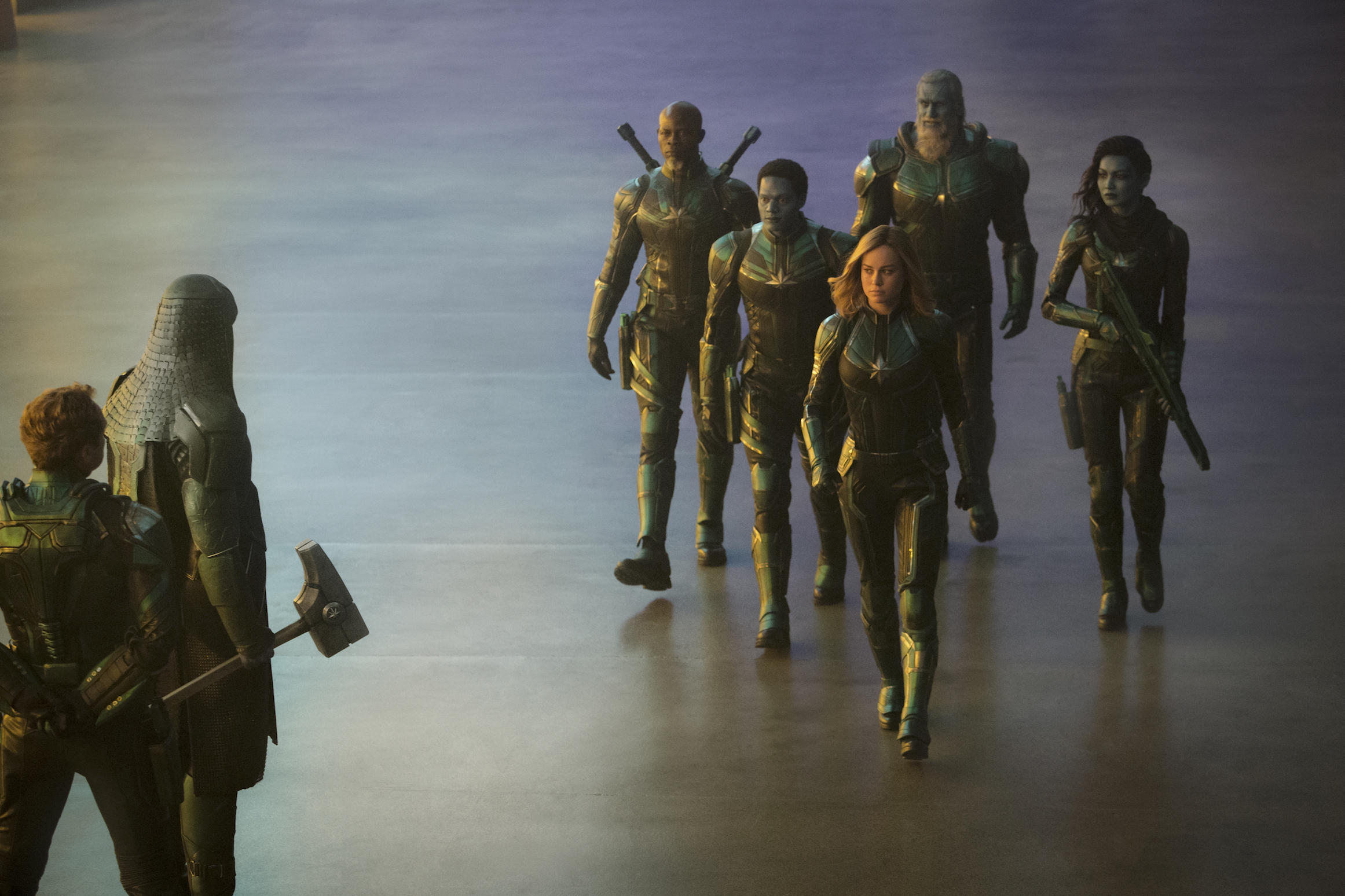 Captain Marvel is set in 1995, and is about Carol Danvers (Brie Larsson) – a former U.S. Air Force fighter pilot as she turns into one of the galaxy’s mightiest heroes and joins Starforce – an elite Kree military team, before returning home with questions about her past and identity when Earth is caught in the center of a galactic conflict between the Kree and the shape shifting aliens called the Skrull.

Captain Marvel is one of the most awaited films of this year and that’s not just because it’s headlined by a female hero but because it’s the final stair to Avengers: Endgame where we expect Captain Marvel to be the savior to reverse the harm that Thanos has inflicted on the universe. To that extent, Captain Marvel was a marvelous film because it has given us a glimpse of our hero’s competences and how she will (probably) vanquish Thanos.

The film even went further to give us some Avengers background info such as some details about our favorite Shield Agent- Nick Fury. It’s tough to talk about the film without dropping spoilers but what I can tell you is that, there is a detail about Nick Fury that isn’t what we expected…and it involves a cat called Goose. Even though we were all impressed with Brie Larson as the title character but Goose (who is my all out favorite character in the film) is so good that it deserves his (or her) very own franchise.

Talking of characters, I wasn’t particularly impressed with the villain of Captain Marvel because it wasn’t villainous enough. I think the problem with Captain Marvel is that the producers were so focused on making it a prelude to the last Avengers film that the film didn’t have much room to play with. The effect of this is that it made the plot of Captain Marvel as an origin story that much unimpressive as its basically “just a plot filler for the entire odyssey”.

Furthermore, Captain Marvel just didn’t feel like a traditional Marvel films because the direction of this film is different from the others because it has more emotion than action in it. I guess this is probably since the film is about a female super hero so its more about feelings than kicking ass and of course there is the “Girl Power” theme. Ehen, did anyone notice a weird relationship between Captain Marvel and her best friend, Monica Rambeaux, or it’s just my imagination?

You know what? I am just gonna come out and say it that Captain Marvel isn’t the best Marvel produced film – if anything, it’s one of the least interesting. We have come to expect Boom, Boom, Pow from Marvel and anything less isn’t acceptable. However, you can be sure that they will make a truck load of money because they have us all as fans but if this film were produced by DC, you would see everyone coming for their necks. Oh by the way, there are TWO mid credit scenes and the second is my best!

Anyways, I had fun watching Captain Marvel, particularly because Filmhouse Cinemas gave our movie club a screen all to ourselves for our second Movies and A Drink “MAAD” hangout. If you wanna be part of our private screenings you can follow @tharevue on Twitter, Facebook and Instagram (for updates), or just send an email to tharevue@gmail.com to get an invite sent directly to your inbox. See the gallery below for a few pictures from our Captain Marvel private screening.