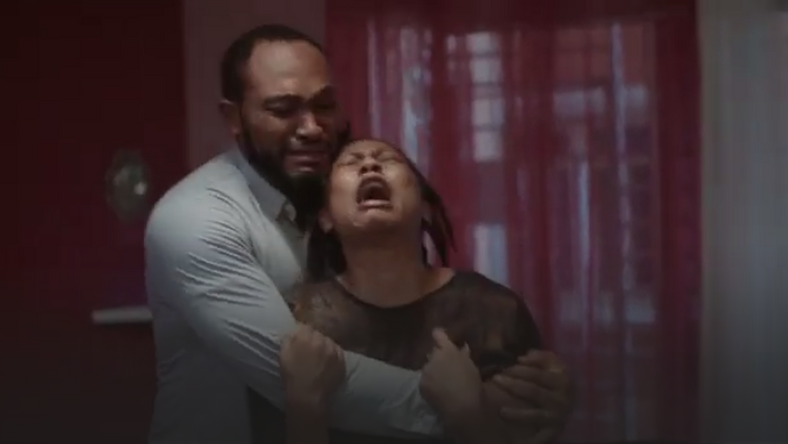 Joba is a faith based film that follows the life of a Christian couple – Lami (Blossom Chukwujeku) and Ore (Enado Odigie) who are going through temptation in their marriage especially with difficulty having a child of their own. When fingers are pointed at the husband as the cause of the childlessness, he must fight to keep it all together, especially with the increasing pressure on his wife.

The plot of this film is so innocuous that it does not prepare you for the emotional roller coaster that you are about to board. I honestly wasn’t ready for what hit me when I saw Joba at the cinema this past weekend because I expected the quintessential Nollywood production – a woman is under pressure from in-laws and friends due to childlessness, a pastor prays and twins are delivered, to God be the Glory, The End – I couldn’t have been more wrong!

What makes Joba such an amazing film is the cast. I have never seen Blossom Chukwujekwu play a role so passionately and believably. We are used to seeing him being a playboy showing off his buff stature, but in Joba we see his sensitive side as the loving supporting husband. Enado Odigie matched him with the most passionate performance as a troubled wife. Both lead characters mesmerized audiences and held down that film for a good 1 hour 15 minutes. There was a scene that was so raw that you could sense the unease in the cinema. Don’t worry, when you watch THAT scene you will know it by the chills and anxiety you will experience.

I must also commend the lighting and cinematography of Joba such that despite the tight spaces they had to work with, they still managed to produce a well-crafted and framed film. The tight space made the movie experience more immersive that the audience feel so close to the couple that you feel the raw emotion of the film.

However, the film had some lapses. We are made to understand that the events in Joba occurred over a ten-year period, however, the audience do not have any sense of how much time other than the text stating how much time has passed. The producers were unable to transmit the impression of time passing via subtle means like a change in props in the locations or even the appearance of the cast- It was so bad that the lead character wore the same artificial nails and make-up for over ten years! Also, there was a scene where the couple were getting set for the night, but the wrist watch of a chatacter showed that it was 1pm. These are simple continuity issues that shouldn’t surface in such productions.

Joba is a fantastic film that delivers a valuable lesson to its audience, and I dare say that it’s the film that God Calling could have been but failed at. Have you seen Joba? What do you think? Do take a minute to leave a comment in the comment section below or on my Twitter , Instagram or Facebook.