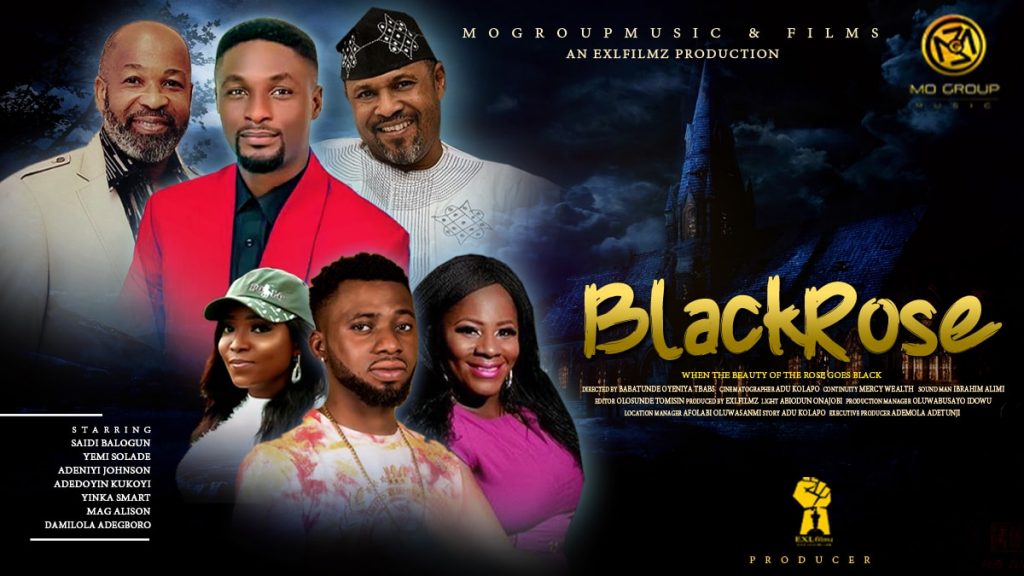 Written and Produced by: Ademola Adetunji

Filmed on various locations in the heart of Lagos, Black Rose is a gripping story that reflects the dark side of fame, fortune, love, and music. The story also depicts the challenges several budding talents face in the music industry and their efforts to achieve their dreams.

Black Rose is a bilingual (Yoruba and English language) movie that replicates the typical Lagos lifestyle where both languages are daily norms.

Black Rose was directed by Babatunde Oyeniya (T-Babs) and produced by Adu Kolapo D’Son (EXL Films). Ademola Adetunji is the Executive Producer of the movie and it was packaged by Mo Group Music and Films.

Black Rose is Mo Group Music and Films first effort in the Nigerian movie industry. According to the movie producer, Adu Kolapo D’Son, the movie is just a tip of the iceberg compared to what the movie and record label has in stock.

“We are working around the clock to produce top-quality movie and music content that will not only reinforce the talents and skills we have in Nollywood, but to also project Nigerian talents to the entire world by competing creatively with other movie and music industries worldwide,” he said.

According to the CEO of Mo Group Music and Films, Ademola Adetunji, the logic behind the firm is to create a common platform for Nigerian talents in the entertainment industry across the country and in diaspora to achieve their dreams.