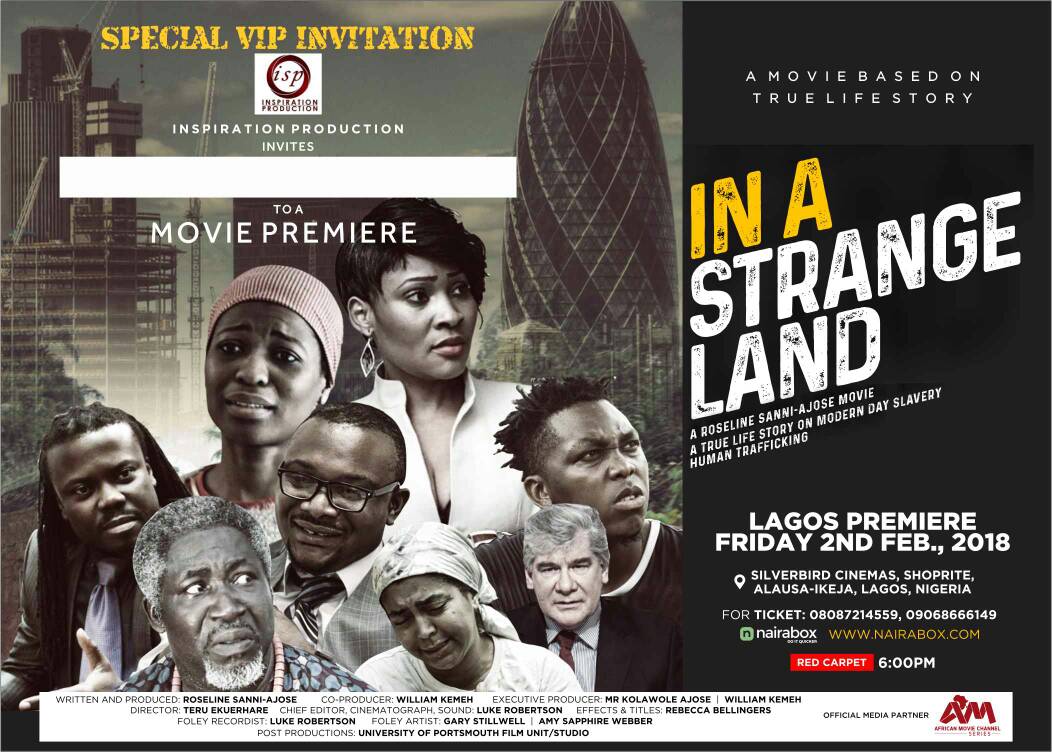 Written and Produced by: Roseline Sanni-Ajose

Movie Premier- IN A STRANGE LAND

A true life story of a young lady been trafficked to London for domestic Servitude.

The Movie IN A STRANGE LAND Raises the  awareness and Educate African’ s in Diaspora and home to be on the look out.

Modern slavery is an appalling crime that has no place in today’s society. However, this is often out of sight in many homes, behind the curtain of Ordinary Street.

Modern Slavery and human trafficking is on the rise and the battle against it continued, Announced by Theresa May. (UK Prime Minister)

May said. “The Government is determined to build a Great Britain that works for everyone, therefore not tolerating modern slavery, an evil trade that shatters victims’ lives and traps them in a cycle of Abuse”

At least 10 people are trafficked into UK every week- facing violence, exploitation and all form of abuse, thus introduction of Modern Slavery Act 15.

TRAILER FOR IN A STRANGE LAND