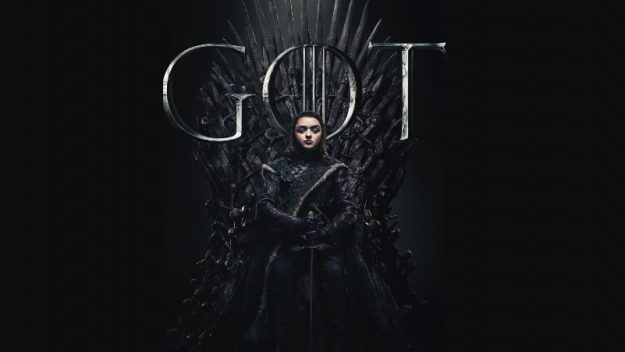 RECAP OF GAME OF THRONES SEASON 8 EPISODE 5- The BELLS

I cannot help but feel sad, not just because we have seen the penultimate episode of GOT, but because I have a premonition that the final episode will not be satisfying.

I feel a sense of loss… everything is crashing down around me like the Red Keep. I can hear the bells tolling.

First, let us honour the dead…

I have always liked Varys because of his noble motives for all his actions. At no time have we ever felt that the good of the realm was not at the top of his list of priorities. It was a cruel way to die, and particularly sadly, as he was ratted out by his friend Tyrion, who continues on his amazing run of bad decisions.

The Cleganes were bound to die in their final battle. I am happy for Sandor that his got to kill his brother, even though it meant dying as well. In truth, he had nothing more to live for.

In one fell swoop we lost Cersei and Jaime. In all honesty, Cersei’s death felt quite underwhelming to me. After all the hype and everything she had come to represent, the battle of King’s Landing and her eventual death reminded me of Manchester United’s 2018/2019 season.

And now to Dany and her manic destruction of… well, everything. Some would excuse her and claim that she was driven to the precipice by the loss of Missandei and Rhaegal, as well as Jon’s love, but the truth is that a person’s character is truly depicted by what she/he does in the face of tribulation, and she proved to me that she is, last last, a bad person. If she had laid the golden fleet to waste and then burnt down Cersei and company alone, I might even have forgiven her for the execution of Varys. As it stands, I can only wonder if the producers will give me the satisfaction of using Jon or Arya to put the final nail in her coffin, because she is dead to me (angry emoji).

I wonder if Tyrion, Jon and Ser Davos will find anything within them to ground continued loyalty to Dany, as it has become obvious that the people of Westeros mean little more than fodder for dragon fire and a sop to the ego of a pretender to the throne.

The rebuilding of King’s Landing seems not worth it at the end of the day. It has always been my favourite location in Westeros (more reason to beef Dany) and the destruction went beyond the physical structures to the spirit of the people. The final sense we feel is futility. Everything comes to waste in the end… a Targarean has returned to burn up all our hopes and aspirations.

Enough of dismal talk. Let us rejoice in the fact that our Arya survived even as she learnt a new lesson regarding the suffering of the masses (all the better to prepare her for a leadership role in whatever might stand as a future in Westeros).

Well, we await our final episode (and my final 2:00 am awakening). Shall there be some unforeseen twist? I sincerely hope Benioff and Weiss find a way to satisfy most of us. They had better, or winter will come to their houses…