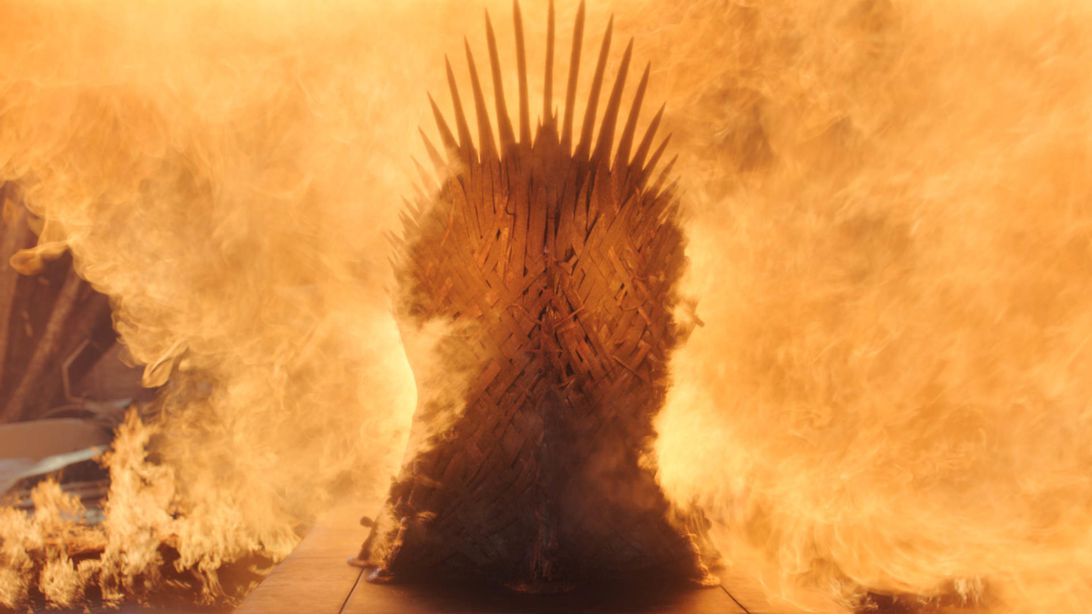 And so our watch is ended…

Finally it’s over. All these years we have been waiting to see who would sit on the Iron Throne, and unsurprisingly, no one did.

I think it is a clear demonstration of the creator’s style that the leadership of the seven… sorry, six kingdoms would fall to one who did not want it (or better still, who does not “want”). Ambition to sit on the throne has twisted the character of many and has led to the deaths of hundreds of thousands. It was thus fitting that the throne would be destroyed, being a symbol of tyranny and oppression.

Before I go on, let’s spare a moment for Dany, who was so blinded by her desire to sit on the throne that she lost sight of her better nature. While we cannot feel Drogon’s pain, she was a major character after all, and one of the few who survived from the first episode to the last (the others being the three Starks, Jon and Tyrion). It was sad that she never saw the error of her ways, and we can easily see her leading her army back to crush the Northern resistance which was probably inevitable.

I found the final episode oddly satisfying. I had been disappointed by the trend of events in the final two seasons but felt in retrospect that things were bound to happen this way. We had gotten attached to characters, and the producers were compelled to humour us and match our expectations, rather than applaud them however, we have turned round to vilify them for ruining George R. R. Martin’s story.

Tyrion might have been lucky to survive, but he has contributed so much to this story that it was quite inevitable that the final sequence of events would have been orchestrated by him either by design or inadvertently. We felt his pain upon beholding Jaime’s corpse, and his acute disappointment at Dany. Once he had a go at Jon’s conscience Dany’s end was nigh.

So Jon Judas stabbed Dany while kissing her – the only one who could get close enough to her (though Arya made a good claim with the manner she appeared beside Jon after Dany’s Hitler speech). But of course, Drogon would let Jon through to the throne room (He is a Targaryen) and would be unable to burn the living daylights out of him for killing Dany (He is a Targaryen). We can only pity Jon for being constantly forced to make hard decisions and deny himself a chance at happiness.

In the end, we are reminded that the story was largely about the Starks.  Jon (yes, I know. He is a Targaryen) can continue his brooding North of the Wall, mourning the loss of the women who were unfortunate enough to love him. Sansa sits on the Northern throne, having acquired plenty of wisdom the hard way, Arya sets for to discover that which is west of Westeros, and Babalawo sits on the rolling throne over the six Kingdoms, armed with superhuman powers. Tyrion is the surviving Lannister, and Gendry represents the Baratheons, but in the final analysis, all the great houses have been decimated but the Starks have triumphed.

Congratulations to Brienne, Ser Davos and Samwell Tarly for their positions on the small council. They are entirely deserved. Bronn on the other hand has been quite fortunate since the day he took the decision to fight for Tyrion all those years ago. As one of my favourite lesser characters, I was happy to see him settled. I can only imagine how interesting council meetings will be due to the presence of the Lord of Lofty titles.

No such joys for Grey Worm, who departs with his army to Naath. Someone opined that he ought to have executed Jon immediately he learnt of the murder of Dany. We must remember however that Grey Worm and his ilk are used to obeying commands, and find it difficult or impossible to act on their own.

The two moments of humour in this episode for me were the reaction to Sam’s democracy pitch and Tyrion’s reaction to being cut from the story by the Maester Ebrose. They both show that human nature will probably never undergo a drastic change and men shall always be salves to vanity.

So ends the game of thrones, with many losers and no absolute winner. The greatest losers/winners would be all of us, as this epic journey has come to an end! I hope I remember to cancel my 2:00 am alarm. I shall absolutely hate myself if it goes off next Monday…

So long folks. On to whatever unworthy viewing catches our fancy.