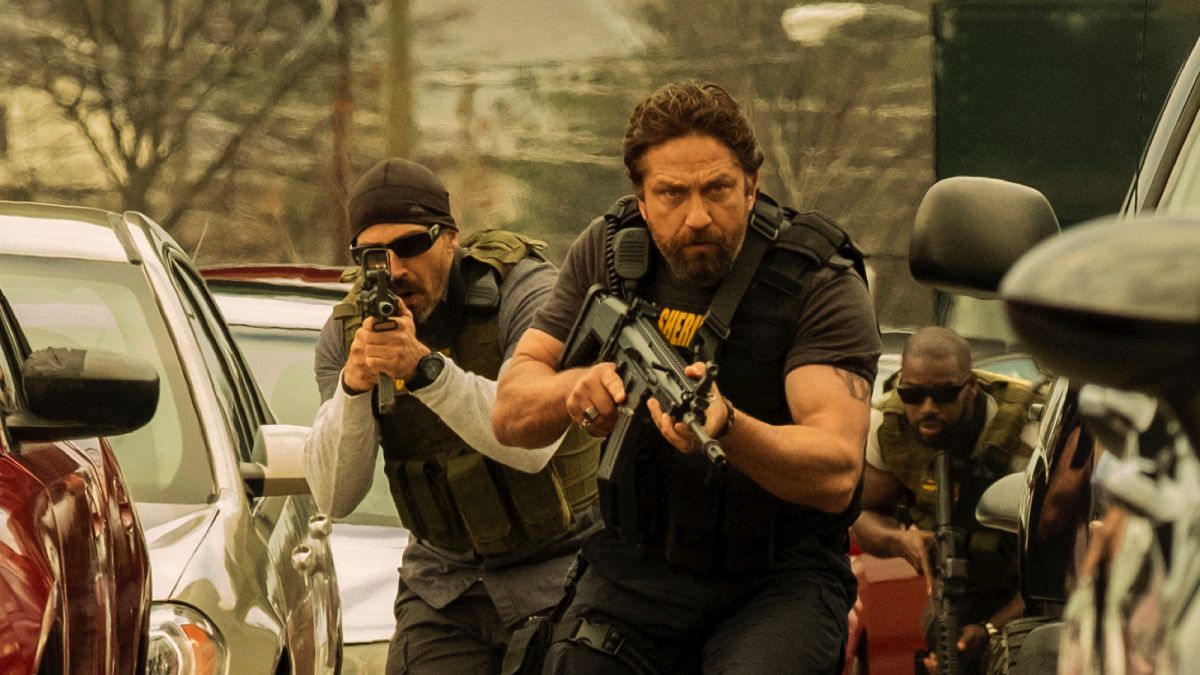 Revue of DEN OF THIEVES

DEN OF THIEVES is a gritty Los Angeles crime saga which follows the intersecting and often personally connected lives of an elite (albeit rogue) unit of the LA County Sheriff’s Dept. headed by Nick’ O’Brien (Gerard Butler) and the state’s most successful bank robbery crew led by Ray Merrimen (Pablo Schreiber) as the outlaws plan a seemingly impossible heist on the Federal Reserve Bank of downtown Los Angeles.

Den of Thieves came just in time to wipe the bad taste from films like Proud Mary that have plagued the cinemas this year. This film was a mix of classical cops and robbers showdown with a sprinkling of heist films and a dose of shoot em up. Gerald Butler was a fantastic no nonsense cop who would stop at nothing to get what he wants. O’shea Jackson (Ice Cube Pikin) was one of standout actors in this film, the guy chop beating from beginning to end of the film. Lol. Another spectacular performance was that of Pablo Schreiber who was so cool and oozed of cocky confidence. Although 50 Cent was a tad bit muted, I think he put in a good shift sha.

What I loved in Den of Thieves was the shootout scenes which were extended and stretched much to my satisfaction and guessing from the screams in the cinema, so it was for most of the people watching it. Another enjoyable aspect was the extremely loud high caliber weapons that will leave you flinching at their intensity.

However, what I have mentioned above were really all that was good in the movie but of course the producers had to find something to put in the middle to take up time right? So the producers thought it a good idea to throw in some unnecessary and irrelevant scenes about the tumultuous marriage of Gerald Butler’s character. Honestly, I wished I had a remote control to fast forward to the fun parts.

If you are a fan of a film such as The Heat, then Den Of Thieves is the film for you. I am not saying it’s as good as The Heat but do look out for some wicked plot twists and good gun fight scenes but not much for dialogue (but who cares for dialogue when there are huge guns ba?) Also, look out for this line: “Loose Lips Sink Ships”. Don’t worry, when you watch this film, you will know what I mean. So click HERE to purchase your cheap movie tickets to see Den Of Thieves and don’t forget to hit me up on Twitter and Facebook or in the comment section below to tell me what you think about the Den of Thieves.

TRAILER FOR DEN OF THIEVES