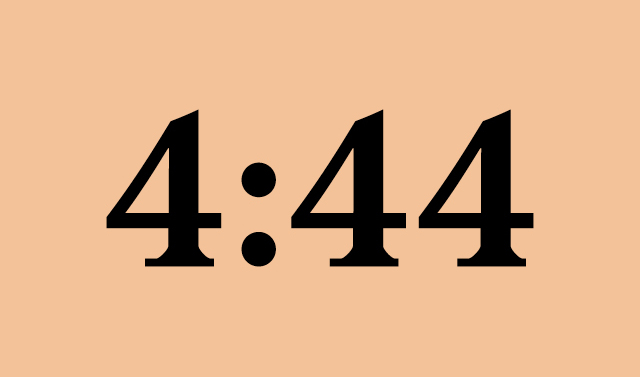 Half year ended with a bang with Shawn Corey Carter aka JAY-Z aka Baba Ibeji pulled a “Beyonce” on us with the surprise release of his 13th Studio album on his music streaming app Tidal. The Hip-Hop icon, Business mogul, 21-time Grammy award winner and Songwriter’s Hall of Famer (he recently became the first rapper to be inducted into this class) decided to open his heart and our minds to a side of him we have not seen so much of, but one we have now come to admire.

While the post album trends have been mostly about his admitting to cheating on his beautiful and extra ordinarily talented and not forgetting extremely rich wife (the Couple have a combined net worth of over a Billion dollars making them the 7th richest couple in the world according to Forbes in 2017), we are going to try hard and ignore the chatter and actually focus on the music. When it’s all said and done, this is a JAY-Z ALBUM, we have not had one since Magna Carta Holy Grail in 2013 and well if it took the rumors of infidelity and the birth of his twins to make him give us another one, then we are grateful for it.

The album starts with KILL JAY-Z and I think it’s really about killing off the ego so we can listen to the album from a place of vulnerability and honesty. He had some strong words/advise for his long term friend, business partner and label mate Kanye West when he rapped “f**k wrong with everybody? is what you saying, but if everybody’s crazy you’re the one that’s insane”. He was reacting to Kanye’s recent meltdown and calling him out, we really hope the two will sort out their differences and continue to give us dope music, perhaps Watch the Throne 2, or is that too much to ask for?

Jay sampled the legendary Nina Simone on THE STORY OF O.J and that combination already sounds like a masterpiece, Jay took us to business school talking about the need for Blacks to start making smart investment decisions and not just turning up for the gram. He raps “you wanna know what’s more important than throwing away money away at a strip club? Credit…. I bought some artwork for 1 million, 2 years later that shit worth 2 million, few years later that shit worth 8 million”. We hear you Jay but don’t you have to be a multi-millionaire in the first place before you can buy an artwork for 1 million.

He teams up with Frank Ocean on CAUGHT THEIR EYES, they necessarily didn’t recreate the “Ocean” magic as this was a different kind of song. We are going to leave the discussion of how Frank Ocean is steady becoming a one album wonder for another day, however if he can still pull a Jay feature, he must be doing something right.

4:44 is that track on the album where Jay really lets it all loose; it was more like an article on Media Take Out or Linda Ikeji as he spills it all about his marital issues. He starts off rapping “Look, I apologize, often womanize, took for my child to be born to see through a woman’s eyes, took for these natural twins to believe in miracles”. He was remorseful and apologetic as he realized he was losing his family and swore to do better. Which brings the question does a cheating partner deserve a second chance?

On FAMILY FEUD Jay lets us know “what’s better than 1 billionaire? 2’’. BAM with Damian Marley is just Shawn totally jamming, trying to show these new cats he is still the hottest and realest in the game. Damian came with some real fire on the track too, it’s hard not to bring up the fact that Nas has a whole album with Damien, now Jay-Z has a song with Damian, the 2 legendary Hip-Hop acts must really see something special in Bob Marley’s Blood relative. The track though is outstanding and needs no comparisons.

Ok you all remember the drama at the Oscars when La La Land was wrongly announced as winner of Best Picture instead of MOONLIGHT, well Jay made a song titled MOONLIGHT and the hook goes “We stuck in La La Land, Even if we win, we gon lose”. Guess that’s just him keeping up with the culture.

MARCY ME has Jay reminiscing on his days of self-doubt and how now he is one of the biggest artists in the world. Blue Ivy made her first of hopefully many vocal appearances on a Jay song on the intro of LEGACY, the track which has Jay the business man talking about making a will/legacy after he is gone. In one way it may just be Jay saying goodbye to us as he has settled his estate, perhaps he will retire for real this time, based on the strength of 4:44 we really hope not as he still has a lot to offer.

It’s extremely difficult to assess 4:44 without all the drama surrounding it. Seen as a response to Queen Bey’s “Lemonade” it was daring and brazenly honest, Jay talked about his beef with Kanye, his mother’s sexuality and his relationship with Beyoncé openly for the first time. We have never seen this side of Jay before and we love it and kind of yearn for more. At 10 tracks, it’s just about perfect with nothing to add or subtract. There is no gainsaying that this is a proper rap album where it’s all about the lyrics, I hope this will influence new school rappers to go back to the old formula where they are actually saying real words. Stand out tracks for me were THE STORY OF O.J, 4:44 and BAM. Time will tell if Jay has just dropped the album that will earn him that elusive album of the year at the Grammys but I will rate it a whopping 9/10.

Listen and share your thoughts in the comments section.