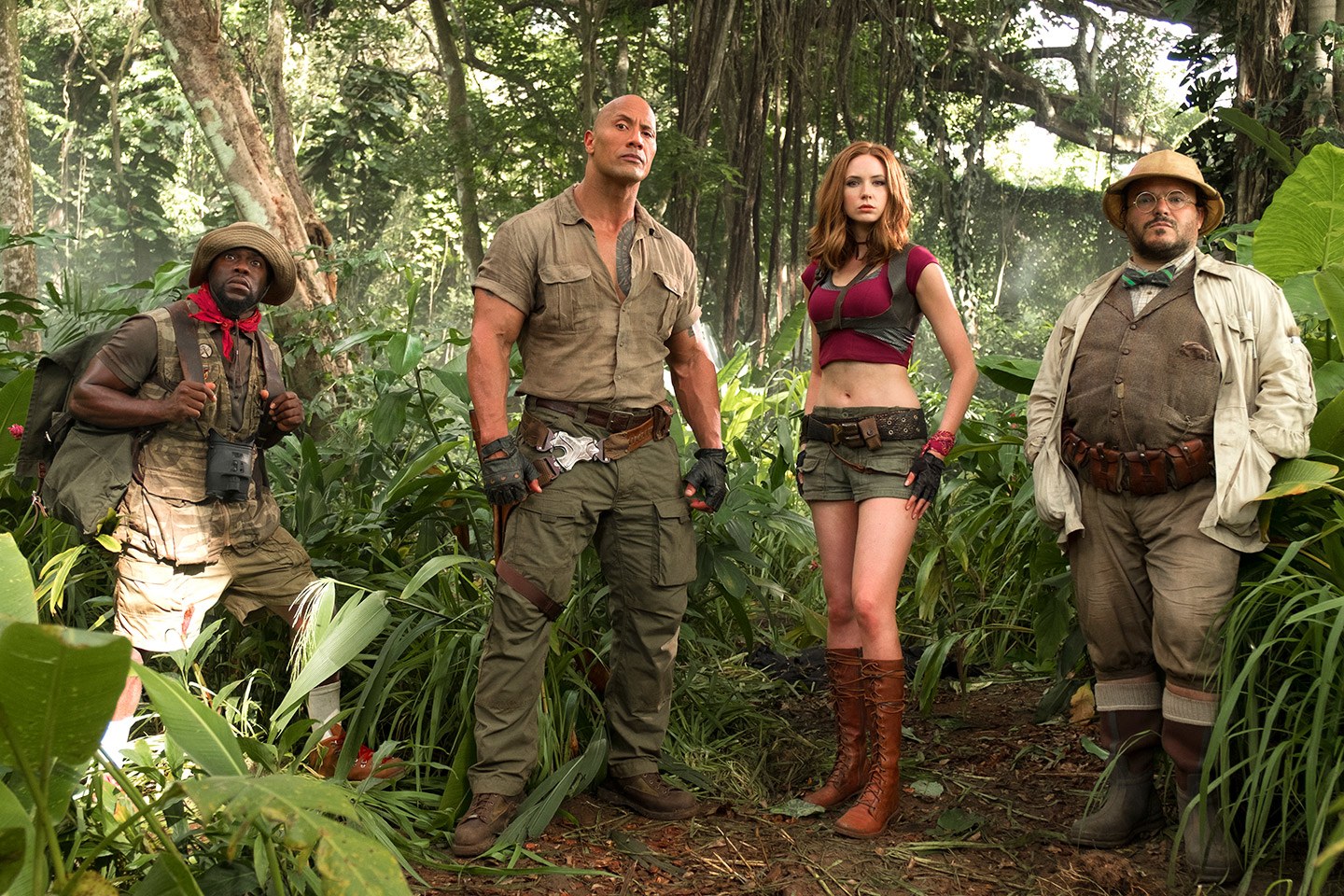 JUMANJI: WELCOME TO THE JUNGLE

In Jumanji: Welcome to the Jungle, the tables are turned as four teenagers in detention are sucked into the world of Jumanji.  When they discover an old video game console with a game they’ve never heard of, they are immediately thrust into the game’s jungle setting, into the bodies of their avatars, played by Dwayne Johnson, Jack Black, Kevin Hart, and Karen Gillan.  What they discover is that you don’t just play Jumanji – Jumanji plays you.  They’ll have to go on the most dangerous adventure of their lives, or they’ll be stuck in the game forever….

Admittedly I had my reservations that Jumanji will be one of those reboots that won’t be as good as the original especially since I heard that Jumanji will be a video game rather than a board game.  But it took all of 20 minutes to put my uncertainties to rest. For one, this movie wasn’t a reboot as I expected it to be, it turned out to be sequel. The first few minutes laid down a connection with the old film and a nod to the legendary Robbie Williams and then takes on a life of its own. The direction of creating a unique identity for this film was a fantastic idea because to be honest, no one can better Robbie’s version. It was a good idea that the producers made the characters get sucked into the game rather than bring the jungle to their neighborhood.

The characters also went a long way in making this film very humorous- Dwayne Johnson brought his charisma and Kevin Hart his quirkiness and Jack Black brought his ridiculousness and of course, Jonas was there for the eye candy. Though the villain (Bobby Cannavale) had so much promise but turned out to be quite a letdown but I guess he wasn’t the pivot of the film so he was de-emphasized.

However, one thing I found curious was there was no explanation on how the board game became a video game. I can imagine that the producers were stumped on how to pull it off and just decided to ignore it altogether. Another confusing stuff was the conclusion of the film as regards how Alex (Nick Jonas) got back to his old life.

Anyways, Jumanji: Welcome To The Jungle tapped into nostalgia to pull off a decent comedy film and makes for some good Christmas fun so click HERE and get cheap movie tickets to go see it and then hit me up on Twitter  or Facebook and let’s talk about it. Oh, you can leave a comment in the comment section below.

Have a good one!

TRAILER FOR JUMANJI: WELCOME TO THE JUNGLE