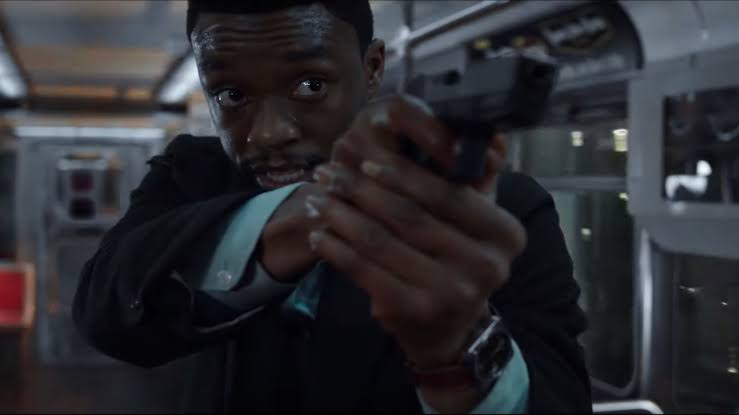 21 Bridges follows an embattled NYPD detective (Chadwick Boseman), who is thrust into a citywide manhunt for a pair of cop killers after uncovering a massive and unexpected conspiracy. As the night unfolds, lines become blurred regarding who he is pursuing, and who is pursuing him. When the search intensifies, extreme measures are taken to prevent the killers from escaping Manhattan as the authorities close all 21 BRIDGES to prevent any entry or exit from the iconic island.

What I like most about this film is that the events of 21 Bridges are triggered by the shooting of 7 cops in a botched robbery and take place over one single night. The fact that the makers could put so much action and intrigue into a less than 12-hour period made the film very compact and pacey and was a creative masterpiece. The compact nature of the film makes the plot of the film very easy to follow and not unduly complicated. This over-simplification of the storyline however made the film very predictable and linear.

21 Bridges has some decent action scenes with gun duels that are gritty but not overly violent so the sensitive viewers can enjoy. Another good thing in the film is the performance of Chadwick Boseman who kinda played a role reminisce of Denzel Washington in his heydays. I guess he is trying to prove to us that he is more than just the Black Panther and to that extent, he indeed exhibited that he does have range. We are also reminded that Denzel is some sort of role model to him, having borne his fees and all.

There really isn’t much else to 21 Bridges with its straight and easy plot and good action scenes so if you just want a good old action flick, 21 Bridges is the film for you. I am curious to hear what you think of 21 Bridges so Let me know in the comment section below or reach me on Twitter, Instagram and Facebook.