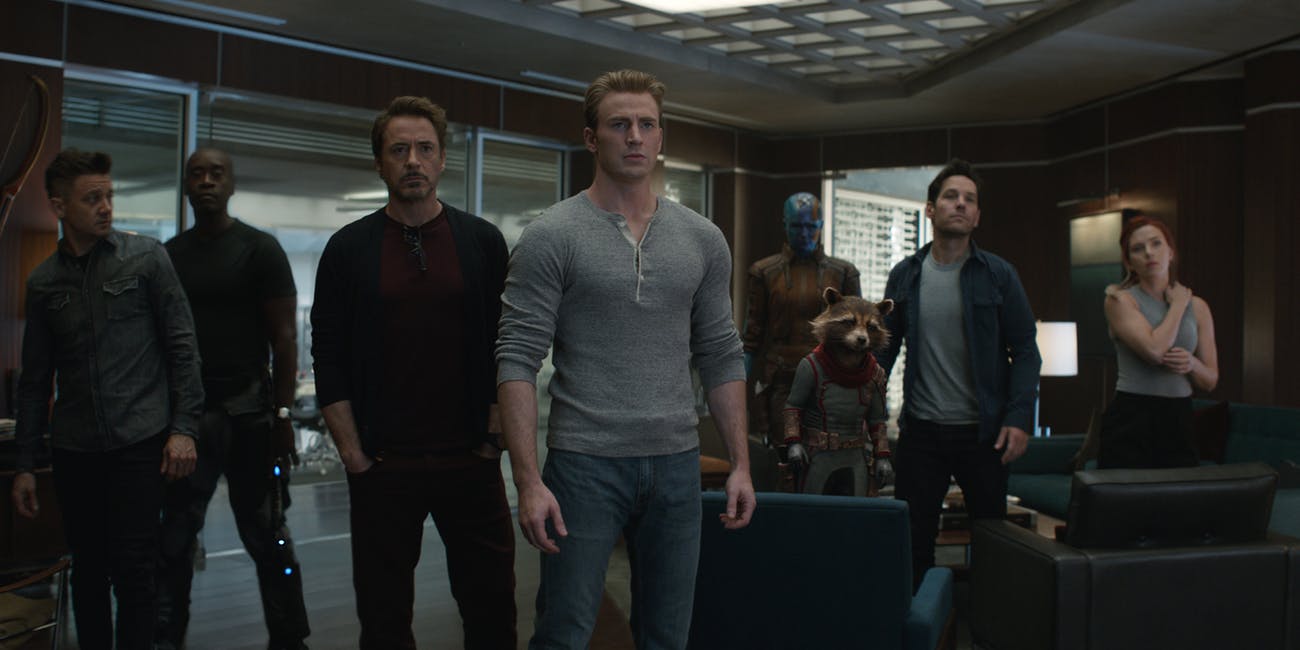 Avengers: Endgame continues 3 weeks after Thanos (Josh Brolin) decimated the universe in Avengers: Infinity War. We see Tony Stark (Robert Downey Jr ) adrift in space with no food or water sending a message to Pepper Potts as his oxygen supply starts to dwindle. Meanwhile, the remaining Avengers — Thor, Black Widow, Captain America and Bruce Banner – must figure out a way to bring back their vanquished allies for an epic showdown with Thanos.

Ladies and Gentlemen, Endgame isn’t good…it’s ABSOLUTELY FANTASTIC! No one can explain it to you, no one can express the kind of satisfaction and entertainment you will get from it unless you experience it for yourself. Whether you are a Marvel fanboy(girl) or not, when you see Endgame, you will know that you are in the presence of an ingenious piece of film making. Clearly, the Russo brothers know what we like and they have given it to us in a triple dose and overdosing us into a frenzy.

It may seem that I am exaggerating or gushing over just a film but let me tell you, this is no ordinary film – this is a piece of movie magic 11 years (and 22 films) in the making, climaxing in a genre defining film. We have come to expect awesomeness from Marvel and they didn’t disappoint us. Of course, the CGI was great (as always) but the plot was what took me out. These guys managed to tie up 11 years’ worth of film in one (hence the 3hrs 2 mins’ run-time) but you won’t notice how much time has gone by because you will be enraptured in the awesomeness that is Avengers: Endgame. The first 1h: 30 mins sets the tone of the film preparing you for climax in the last lap of the film. Make sure to look out for THAT fight scene that we have all waited and craved for…trust me, when you see it, you will know it. For all you weaklings that went to watch the film with bathroom breaks, I can’t understand how you managed to go to the restroom half way into the film.

Avengers: Endgame will make you laugh, squeal, scream in shed a tear (or two), but after all is  said and done, it will leave you satisfied. Satisfying, is that best word that describes Avengers: Endgame. It is a befitting end to this journey that began with Iron Man 1 because it has everything that a near perfect film should have. Please whatever you do, stay away from spoilers because you will be doing yourself a great disservice as the fun in Avengers: Endgame is the uncertainty. What is certain is that this is a most fitting climax to the build-up we have had over the years.

There were however some convenient (and rather contradictory) events that were employed to tie up loose ends and also intensify the cinematic experience of the film. I cant go into specifics so as not to drop spoilers but some of the characters did things they shouldn’t ordinarily be able to do and this action totally goes against the characters capabilities. However, we can overlook them because the film is so damn entertaining.

Avengers: Endgame is the most entertaining film you will see in a long time and you best believe I am going back for a second helping of this film and you best be sure I will have the same reaction that I did when I saw it the first time.  Our entertainment was heightened because The Revuers had a private screening where we all watched it together and had such a blast.

PS. There isn’t any mid/post credit scenes… for obvious reasons.