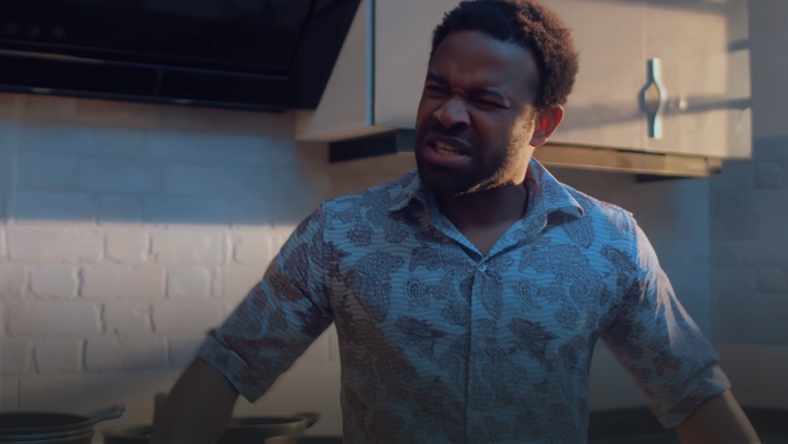 Revue of COMING FROM INSANITY

Loosely based on true events, Coming From Insanity tells the story of Kossi “The Bear” who at age 12 was trafficked from Togo to Nigeria to serve as a domestic help but at 36 he gets involved in money counterfeiting and is trying to stay one step ahead of the cops who are hot on his heels.

I belatedly saw Coming from Insanity last weekend and I will be honest; it was a very intriguing film and this is in no little part due to Gabriel Afolayan’s acting. Gabby is really an amazing actor and he brought his talents to bear in this film while pulling off a great Togolese accent. He was so genuine and authentic that he got the audience rooting for him even though he is (supposedly) the villain in the film.

Another plus for Coming From Insanity is the plot which departed significantly from what we are used to in Nollywood. Furthermore, that it was loosely based on real events gave it that extra edge. The director, Akinyemi Akinropo, did a really great job in adapting it to the big screen and steeping a lot of intrigue and suspense in the film that got the audience on the edge of their seats. Even though Coming From Insanity had a good plot, there were some aspects of it that seemed really farfetched and incredulous, but this didn’t take much away from the enjoyment of the film.

I did also note some continuity issues and sound defects in Coming From Insanity and these could have been avoided if the producers had just paid a little more attention to detail. Also, the props and CGI could have been better with more investment in that department. Lastly, the conclusion of the film could have been better done but it wasn’t all that bad though. Despite the issues with the film, I will still recommend Coming From Insanity to the average film goer. Let me know your thoughts of the film in the comments section below or on Twitter and Facebook.

Trailer for COMING FROM INSANITY