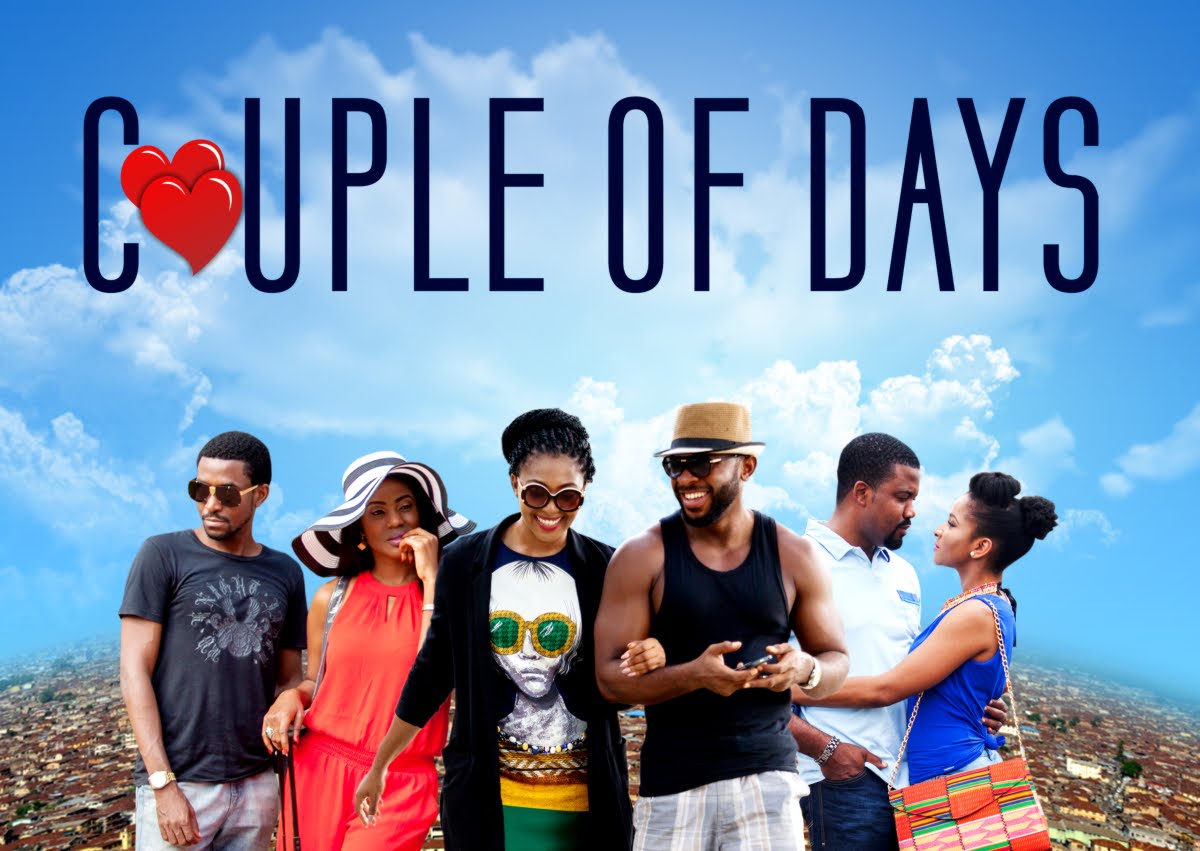 REVUE OF A COUPLE OF DAYS

Three Couples decide to take a weekend getaway and head out to a friend’s home in Ibadan. However, their happy break is ruined when little gossip lead the couples to share more personal secrets than anyone is willing to reveal and makes them all ask the question? Does love really last more than a Couple of Days?

This film has a not-so-novel plot but still had a lot of prospect because after all, who doesn’t love a good scandal and controversy propagated by kept secrets? However, when the confessions and secrets started tumbling, they weren’t as scandalous we expected. This is because many of the scandals weren’t particularly outrageous with one of them actually being quite ordinary. I am not sure if the underwhelming nature of the controversies was due to poor scripting or portrayal by the characters, but what I do know is that, I wasn’t shocked or outraged. The producers spent a considerable length of the film building towards the exposure of the controversy with the aim of ramping anxiety, but this build up made for long periods of nothingness.

One complaint I have always had about films is the lack of tact and subtlety in advertising and product placement.  It was obvious that the film was supported by the Oyo State Government because the producers made sure we knew that the film was shot in Ibadan and they took a whole 15 minutes of the film highlighting the tourist potential of Agodi Resorts. This long marketing campaign irked me to no small measure. It’s possible that this extensive showcasing of the resort may have been the request of the film’s financier but I feel the producers should have balanced it better.

Lastly, the film’s conclusion was underwhelming and this is in no small part to the fact that there really wasn’t much at stake between the couples. I was quite relieved when it ended as I needed to remove the film from my list and move on to something else. Couple of Days is currently streaming on Netflix so if you do see it, let me know what you think in the comment section below or on my Twitter and Facebook.

TRAILER FOR A COUPLE OF DAYS