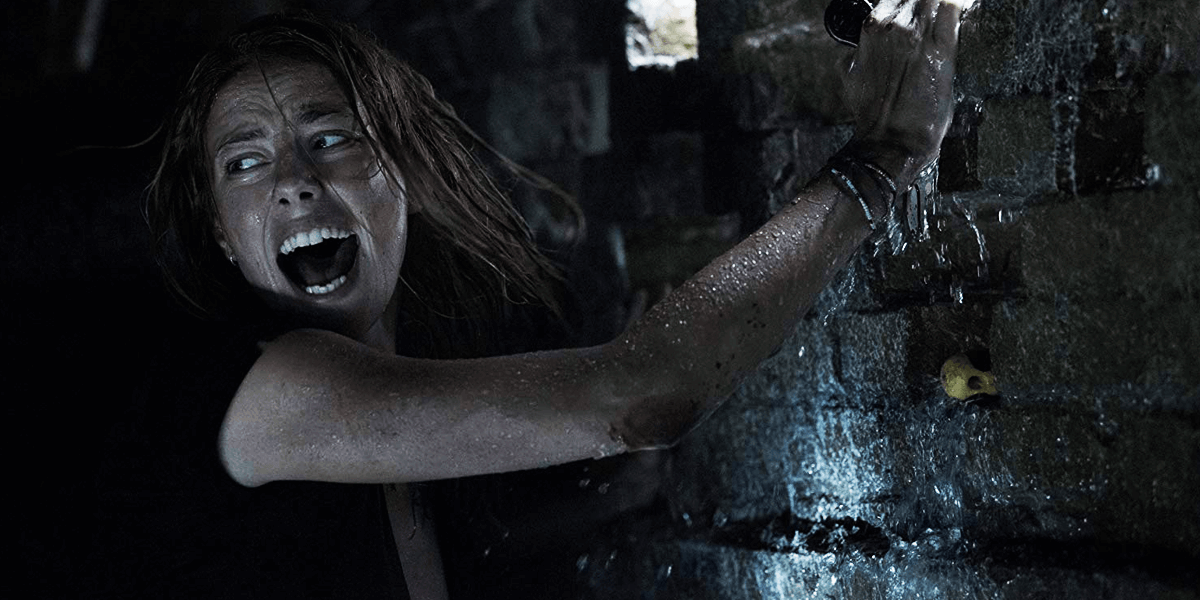 Crawl stars Kaya Scodelario and Barry Pepper as a daughter and father who get trapped in their basement during a Category 5 hurricane and are hunted by alligators who have accessed their home due to rising waters.

Remember the myth that there are alligators in the sewers who are feeding fat on poop and will one day come out of the drainpipes and eat us all? Well, Crawl feeds off that phobia to give us one of this summer’s scariest films. What makes Crawl a good film is that it explores a simple premise about how the alligators came about and how the duo were pitted against one of the planets deadliest killers.

I can’t help but draw a similarity between Crawl and Blake Lively’s The Shallows because in both films we see some intense man vs beast action which intensity is largely due the background of rising waters leading to a seemingly inevitable demise in the belly of a malicious beast.

The similarity between Crawl and The Shallows is my only real grouse with this film because both films featured expert swimmers pitted against marine beasts against the backdrop of rising waters and inevitable death.  However, my lust for some bone crunching gore was sufficiently satisfied because the super large Alligators showed no mercy and ate any and every human in their path. I must warn that if you aren’t into that kinda gore, this may not be the film for you. However, if you are into some toe-curling human chomping, then you are in for a wild ride. I don’t want to give much away but look out for a scene where one dude fell into the water with about 6 gators, I bet you that you will squirm.

Crawl has surprisingly cool CGI but ridiculously cheesy dialougue and cliche scenes quite honestly, isnt the best Man vs Animal film but if you don’t take it too seriously, you should get a kick out of it because the over-the-top alligators with a taste for human flesh will definitely get you gripping the edge of your seats.