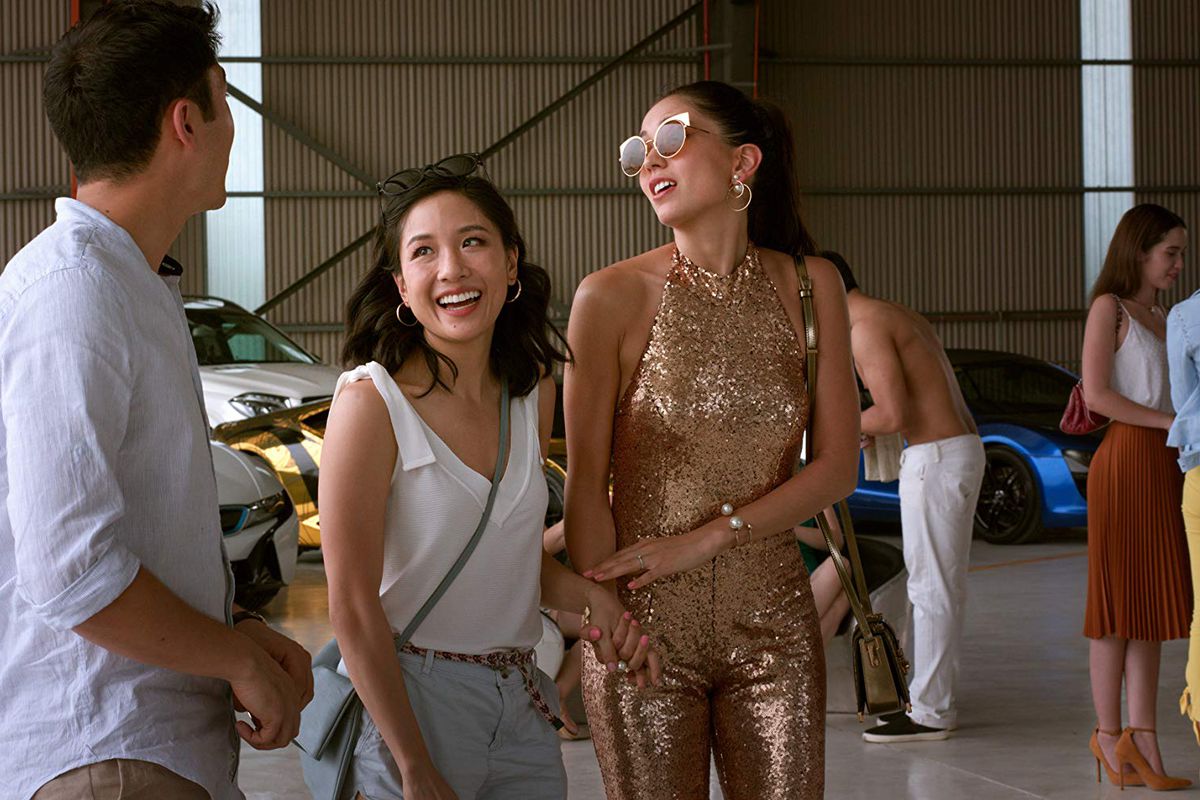 Crazy Rich Asians is an adaptation of the book with similar title and is about this guy called Nick Young (Henry Golding) who is from a very rich home and falls in love with a New Yorker- Rachel Chu (Constance Wu) but fails to tell her that he is a big boy back in Singapore. However, when Rachel accompanies Nick to his best friend’s wedding in Singapore Rachel is unprepared for the jealousy from the socialites and the disapproval of Nick’s conservative mother (Michelle Yeoh).

This is one of the most basic storylines so why exactly is it one of the top movies in Hollywood now? The simple reason is the execution of the movie. The plot is like something out of Nollywood but what keeps Crazy Rich Asians apart is how this simple plot was executed with finesse and grandiose. Crazy Rich Asians exemplifies that in this world, there are rich people and there are Crazy Rich people! The show of affluence in this film will leave you reeling with jealousy especially the wedding scene that had the ladies swooning and all teary eyed.

However, one thing I didn’t like was the way Nick’s mother was painted as a villain. Many people fail to understand the spirit of culture and conservation and the need to protect it at all cost because everyone wants to be liberal and open-minded. To me, Nick’s mother’s disapproval of the relationship between her son and an “Americanized” woman can be validated because she sought to protect her son from excessive westernization and by extension shield her culture from going extinct. But hey, I guess that’s the way of the world these days.

The only shortcoming to Crazy Rich Asians was that it kinda slowed down midway into the film and started to lose the audience but the frenzy returned just in time to save it from derailment. The film was well shot in scenic locations and has great character development with sufficient laughs to keep you hooked. I predict it will be one of the most successful films this summer especially because it appeals to the female audience.

Crazy Rich Asians is the real definition of “If you no get money, hide your face” and comes highly recommended for a day out at the cinema. I must warn anybody planning a wedding not to go to see this film or risk feeling inadequate. Don’t say I didn’t warn you o.