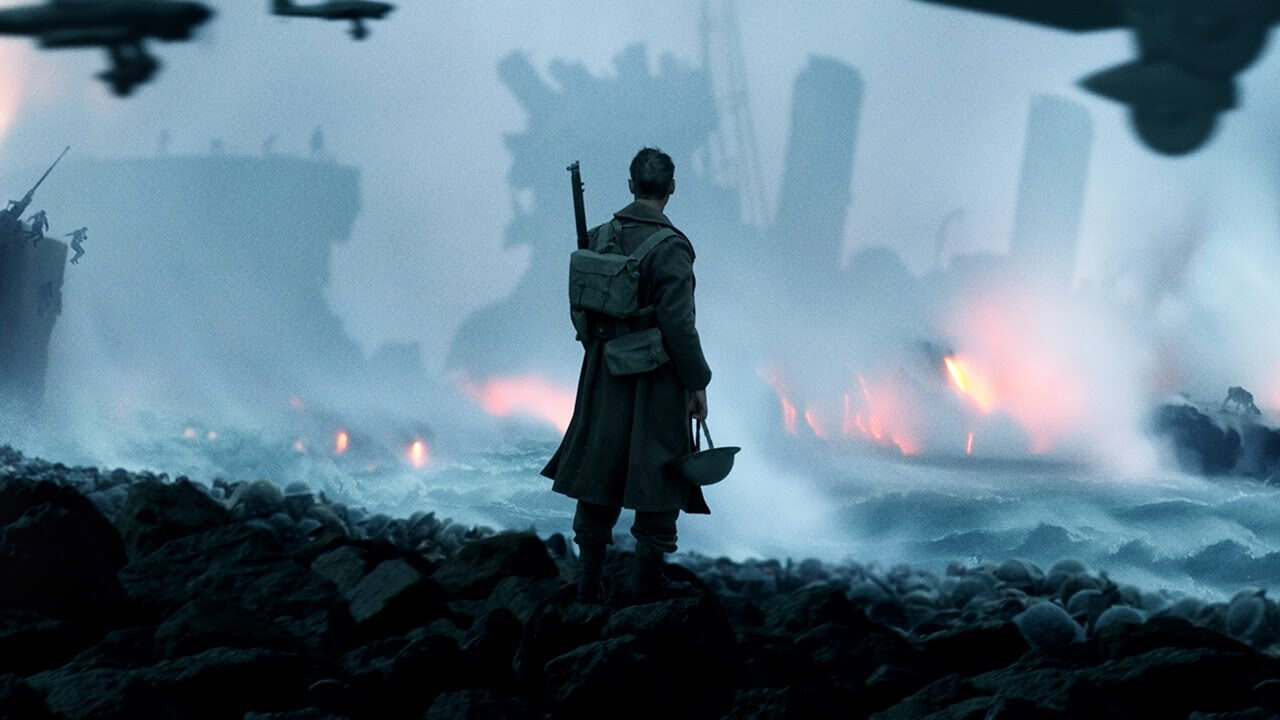 Set in WWII, Dunkirk is a retelling of the story when British, French, Belgian, and Canadian troops were surrounded by the Germans who picked them off like fish in a barrel. Dunkirk, tells this story from 3 perspectives; The Mole (the land) the sea, and the air which are all taking place at different times but entwined into one non-linear chronicle of the events of the Dunkirk evacuation.

From the précis above, you can imagine how hard it will be to pull off such a movie but Christopher Nolan in his first non-fantasy film has managed to create a masterpiece because it is not every day you see a movie where the intense action was transmitted largely from acting and with little or no dialogue. I don’t recall hearing any dialogue in the first 15 minutes of the film but you could still feel the peril and danger which pervaded the atmosphere. This sense of peril was further heightened by the masterful violin instrumentation orchestrated by Hans Zimmer, reminisce of his organ rendition in Interstellar. Just like Interstellar, the music becomes almost unbearably loud and suddenly goes quiet and this sudden drop is usually the quiet before the storm hits.

Though this film is a war film it really is more a film about survival set in a war front. (I hope that makes sense). Dunkirk weaves a story of the land, air and sea troops who were just trying to survive and go home. But my favourite thread of this three-pronged perspective approach is that which chronicled the RAF Airman (Tom Hardy) who was singlehandedly fighting an armada of spitfires with a plane which was basically a kite. This film was a story of bravery and survival in the midst of immense adversity.

Despite all I have just said, I have not seen that much hissing and walkouts in a cinema. People were impatient and were streaming out in droves. A cinema goer who overheard me say Dunkirk was great accosted me and accused me of pretending to be “woke”. He said I was trying to pass of as a bourgeois viewer because according to him the film was a pure “waste of time” as Dunkirk was hollow. Though this may be accurate for an average movie goer because the intent of the film is not immediately apparent and may require some contemplation to unearth, I plead that you give it time and believe you me, when you get the direction, you will really appreciate this film. I know this may be a little early, but I see an Oscar nomination for Dunkirk.

I am actually curious to hear what you guys think, so please feel free to leave a comment in the comment section below, or on my social media. You do know you can get a movie ticket  to see Dunkirk by just clicking here ba?

Trivia. Did you know that Michael Caine has featured in every Chris Nolan film since Batman Begins? In Dunkirk, listen for his distinctive voice giving orders to the pilots.