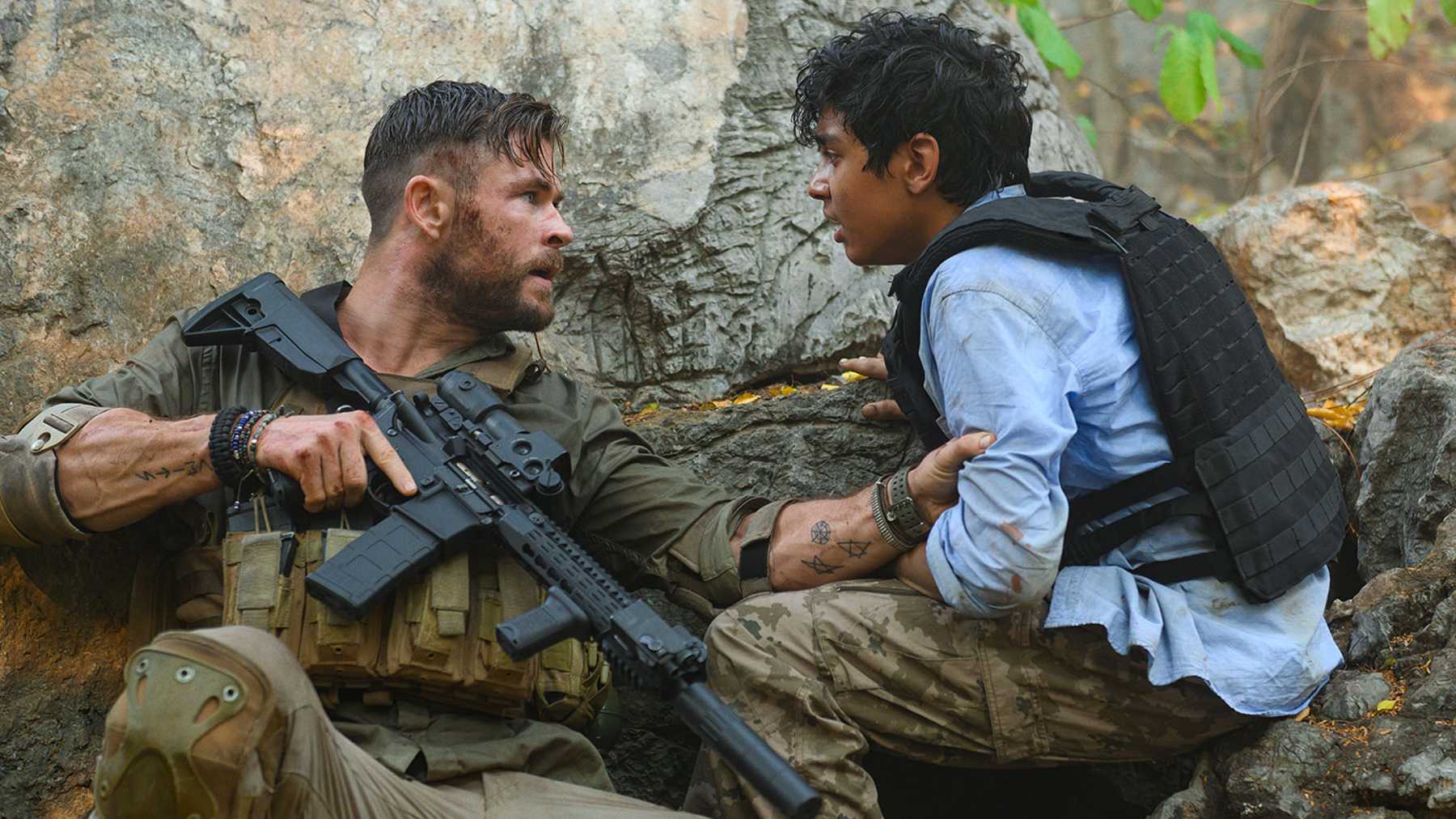 Extraction is set in Bangladesh and is about Tyler Rake (Chris Hemsworth), a fearless black market mercenary who embarks on the deadliest mission of his career when he’s enlisted to rescue a drug lord’s kidnapped son.

There has been so much anticipation about Extraction, what with the hiatus in cinemas because of the pandemic and because the film is produced by the Russo brothers, the brains behind Avengers: Endgame…and I was not disappointed. The films starts off with so much intensity and only lets off the gas once in a while so we can catch our breath and then we are thrown head long into another action sequence with so much violence to give John Wick a run for his money.

The plot of Extraction isn’t overly complicated as it’s just a simple case of a mercenary extracting a kid for his client, but the mission is anything but simple with the government and rival gangs after the same kid. What makes this film a good watch is the action and fight sequences. There are so many action scenes that seem to go on for long periods with Chris Hemsworth taking some serious punishment… but of course he is Thor and is more than up to the task. Another character that took a hit is Randeep Hooda who stood up to Hemsworth toe to toe, his performance opposite Hemsworth showed why Hollywood has been courting him for a long time now.

Extraction tried to introduce some backstories for Hemsworth and Hooda’s character to try and tell us what their motivations were but we honestly, we couldn’t care less because we came for the action and not the emotions. I am glad the producers never dwelt on those aspects of the film but only utilized it as a reprieve to allow us catch our breaths while we prepare for another action sequence. However, I didn’t like the end of the film as it seemed to leave a grey area which robbed the film of closure and finality, I do hope that it’s not like they are looking towards a sequel…which I will definitely watch!

If you’re a fan of films (like John Wick) which are shoot em up with scene after scene of head shots, brutal hand to hand combat, violence and explosions, then Extraction is just the film for you especially in these dreary times of the COVID-19 pandemic. However, you will need to suspend your disbelief that the whole security infrastructure of a state can be chanelled to capturing one individual. Extraction is currently streaming on Netflix so you should definitely check it out and leave me a comment in the comment section below or on my Twitter and Facebook.