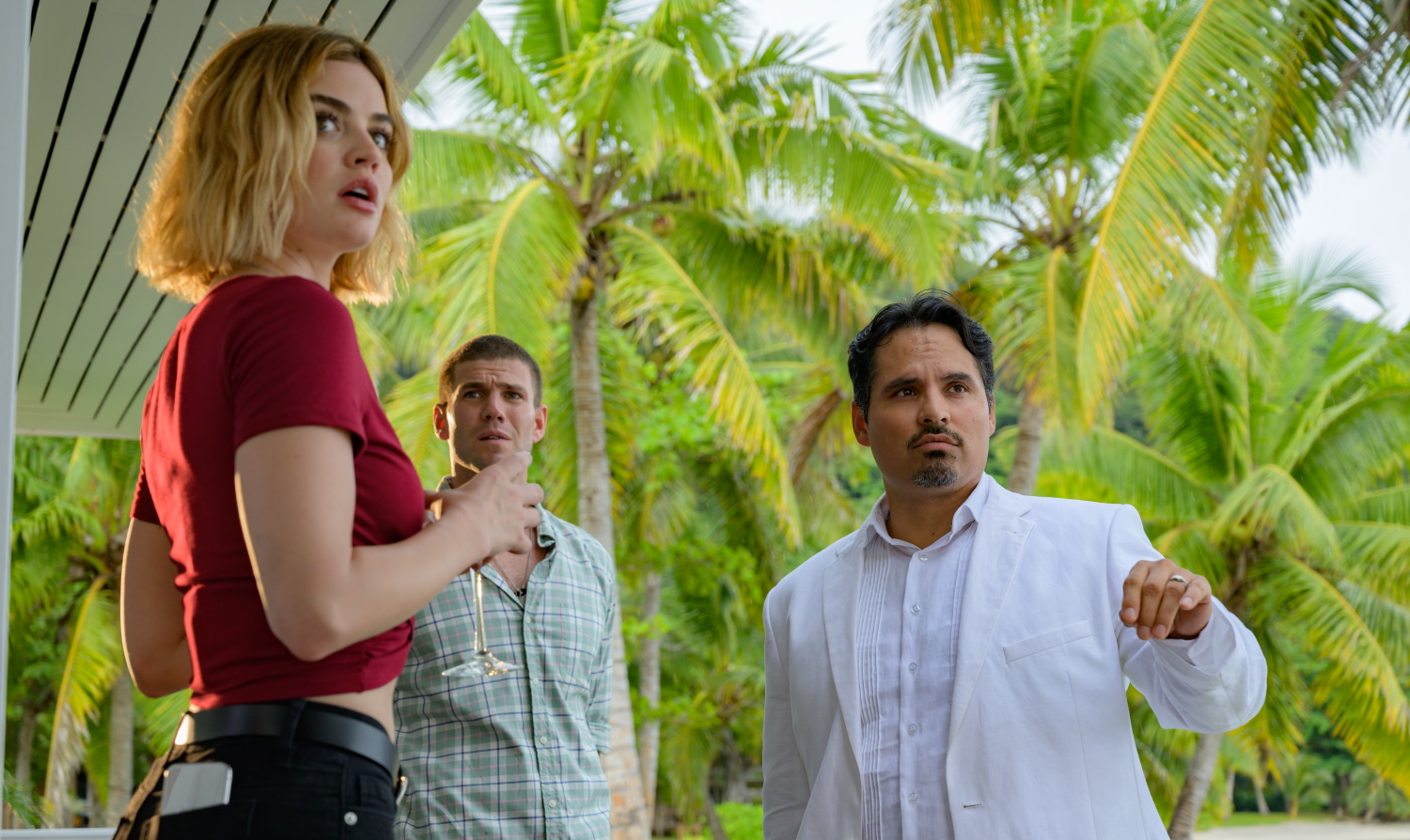 In Blumhouse’s Fantasy Island, the enigmatic Mr. Roarke (Michael Peña) makes the secret dreams of his lucky guests come true at a luxurious but remote tropical resort. When the fantasies turn into nightmares however, the guests must solve the island’s mystery in order to escape with their lives.

Many don’t know this but Fantasy Island is actually a reimagining of an old series which I watched as a kid (it ran until 1984). This installment had some call backs to the old one (especially with the chants of “Da Plane”) but other than that, they don’t have much in common…and this includes their entertainment factor. Unfortunately, this Fantasy Island is dead boring and a pain to watch because despite it being touted as a horror film, it wasn’t scary at all.

Another thing is that the characters were also flat and audience couldn’t connect with them at all. The first Fantasy Island creeped me out and I found the little person- Mr Tattoo (Herve Villechaize) super scary. Sadly, in this one there were no enigmatic characters and neither were there any memorable ones, we just saw them as a group of faces going through the motions of the film.

The plot of the film though similar to the first one, got boring quickly. The plot was severely flawed and unexciting, and the end was just dead. The film started well and was intriguing but as it trudged on, I couldn’t wait for it to end so I could be put out of my misery and proceed to mourn the money I wasted to watch it.