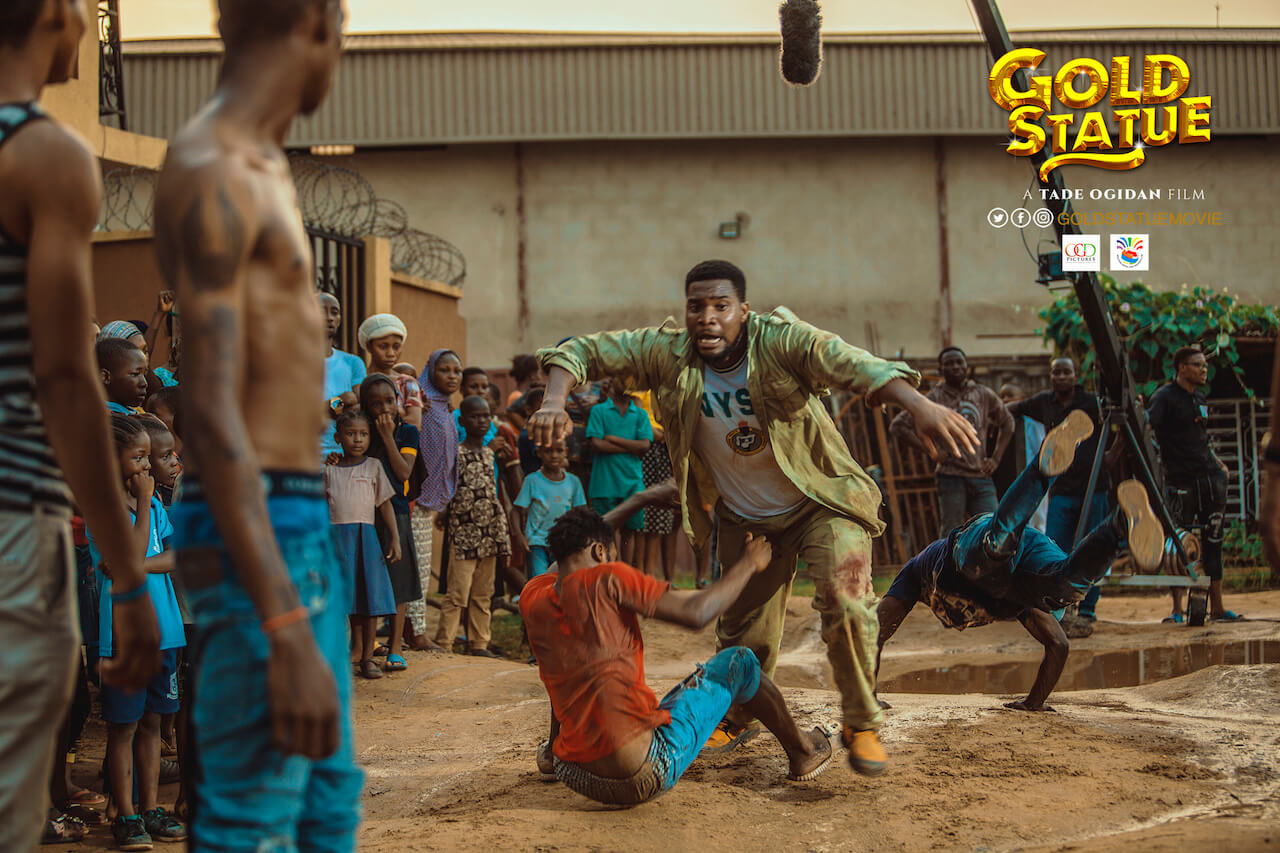 Gold Statue follows the adventure of two young men, Wale (Gabriel Afolayan) and Chike (Kunle Remi) in search of a ‘Gold Statue’ believed to have been an ancient deity hiddeon away generations before. In trying to locate where the supposed ‘Gold Statue’ is located, they go through a myriad of ordeals.

Gold Statue is a masterful piece of story telling from the mind of Tade Ogidan who brought us Diamond Ring and Out Of Bounds. From the trailer, you could tell that this film would be a great one and Gold Statue didn’t disappoint mainly because the plot seems something out of an Indiana Jones movie. I know the plot is like the Figurine and even Diamond Ring but the producers still managed to put a spin to it by including a great bit of humour (watch out for references to certain political figures) and drama and this was brought to bear by some good acting by the main cast. Gabriel Afolayan really brought it and as expected, RMD and Sola Sobowale showed us why they are Nollywood veterans.

Though the plot and the acting are top notch, I feel that the real MVPs of Gold Statue are the VFX team and the Set designers. Most of the film was shot in a set purposely built for the film and where they are unable to build a set, the VFX team used CGI to augment the images. I will admit that some of the CGI looked unrealistic and a tad cheesy, but they were some that looked very believable and this shows that Nollywood is on the right track. I dare say that with some more investment in infrastructure, we will soon be competing with Hollywood and Bollywood in visual effects. Oh, the colorists did some amazing work with the film. Generally, Gold Statue was technically sound.

However, Gold Statue was plagued with some quintessential Nollywood pitfalls including unnecessary characters and scenes. This film ran for almost two hours because they introduced a set of characters that had little or no importance to the direction of the film and this led to a scene that took almost 20 minutes! I suspect that this was to make the film more balanced and gender inclusive…still, it was very unnecessary and boring. Also, the conclusion of the film could have been better but the need for closure and happy endings led the producers to aim for viewer acceptance and sacrifice realism.

Gold Statue is a good move and recommended for good laughs and overall entertainment. What did you think about Gold Statue? Please leave me a line in the comment section or on Twitter and Facebook.