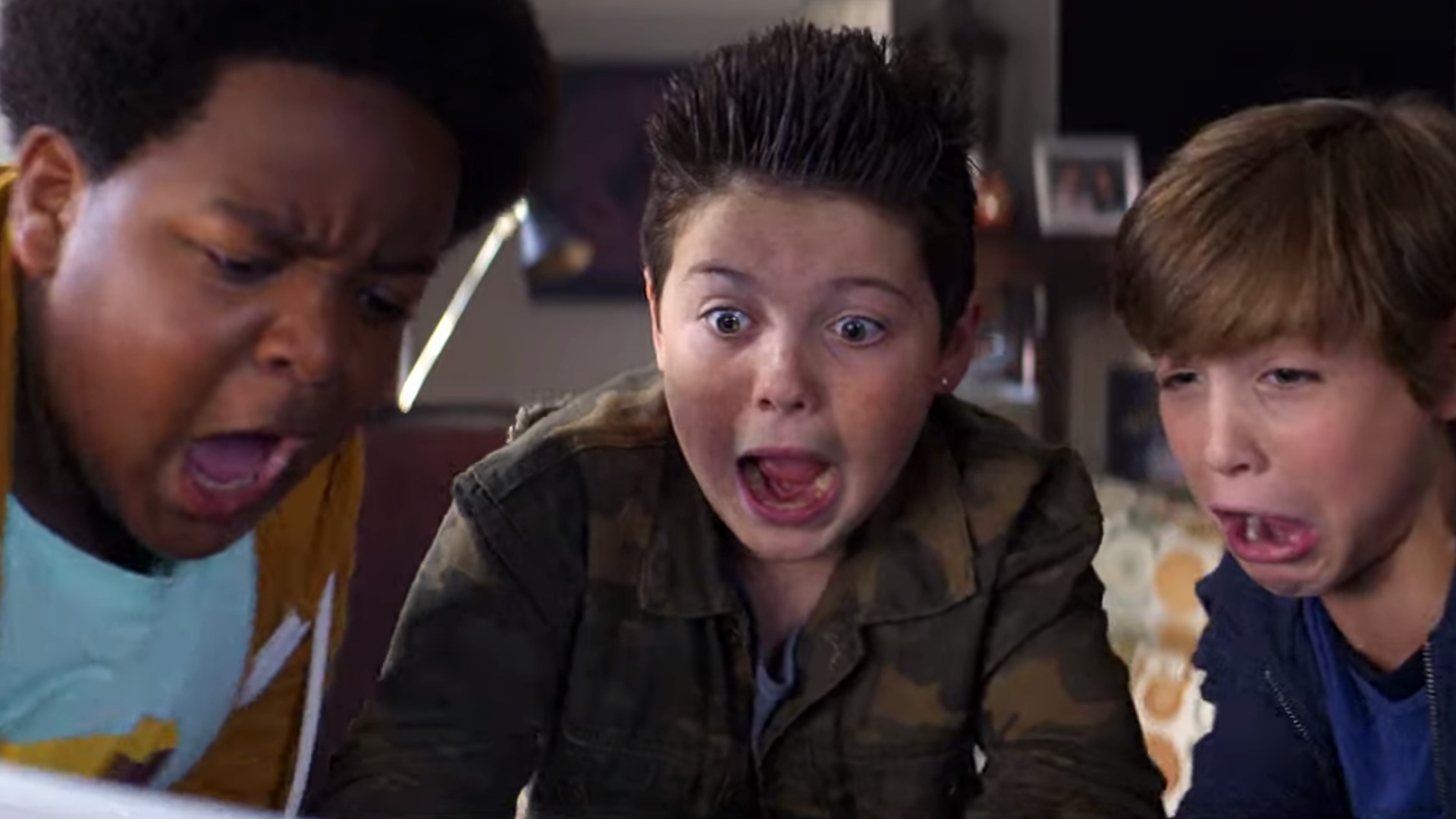 Good Boys is about 3 boys – 12-year-old Max (Jacob Tremblay), Thor (Brady Noon) and Lucas (Keith L. Williams) who are invited to their first kissing party but panic as they have no idea how to kiss. Eager for some pointers, they decide to use Max’s dad’s drone – which Max is forbidden to touch – to spy on a teenage couple making out next door. But when things go ridiculously wrong, the drone is destroyed. Desperate to replace it before Max’s dad gets home, the boys skip school and set off on an odyssey of epically bad decisions involving some accidentally stolen drugs, frat-house paintball, and running from both the cops and terrifying teenage girls.

The trailer of this film really had me going and the film didn’t disappoint me either because it was ridiculously funny! The main attraction for me to the film is the sheer naivety and gullibility of the kids who think they are adults, but they are still in fact just children. I am sure most guys can relate to the boys in the film who are on the cusp of adulthood and think they are “woke” meanwhile they know nothing. Many can relate to the peer pressure of that age and I recall those “wonder years” when some dude in class acquires legendary status by claiming he kissed the most coveted girl in the class.

The other great thing about Good Boys is that the film had a central theme about friendship and how friendships in one’s early years and these friendships do not usually last a lifetime, because interests change as people develop and people just naturally (but painfully) drift apart. My favorite scene in the whole film would have to be the kids mistaking anal beads for a necklace. Oh talking about sex toys, there are a lot of them in this film. You know what else there is a lot of? Swearing and cussing, so don’t think because Good Boys main cast are children, it’s a family friendly film, because it is not.

Good Boys is a crazily funny film and reminds me so much of The Hangover what with the misadventures of the children. There are scenes that will make you squirm and those that will almost make you puke. Honestly, it’s the best comedy I have seen all year long and I recommend that you go see it because its just so crass but insanely funny.

Have an awesome weekend.