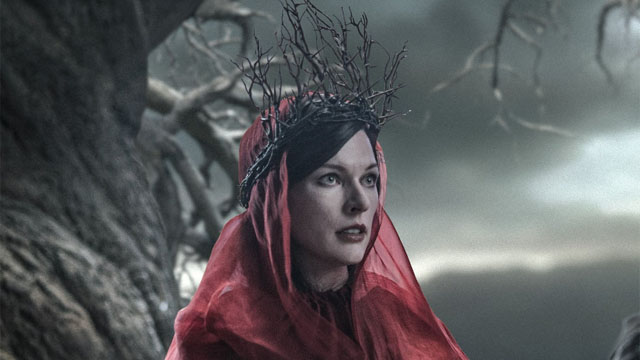 Hellboy is a reboot of the 2004 film with the same name and is based on the graphic novels by Mike Mignola. In this installment, Hellboy (David Harbour) is caught between the worlds of the supernatural and the human and battles Nimue (Milla Jovovich), an ancient sorceress bent on revenge on the earth.

I see that Hellboy has tanked at the box office and I am not surprised because this instalment isn’t that good. For one, the plot was ridiculously cheesy and empty. Rather than be a continuation of the previous Hellboy (that starred Ron Perlman) the producers of this film choose to totally ignore it and pretend that never existed and this is the bane of the film. I guess the producers wanted freedom to go in whatever direction they wanted but the best way to make a good sequel is to build on a successful predecessor. It was quite pathetic that “King Arthur” was somehow spun into Hellboy and the producers should have learnt from the experiences of makers of such films like “Transformers; The Last Knight”, that this is a very bad idea.

Hellboy did have some acmes one of which is David Harbour’s portrayal of Hellboy which was expletive filled and free-spirited with so much cussing that I noticed some people cringe. Comparisons between Harbour and Perlman have been all over the internet and I am of the school that Perlman was a better Hellboy but that’s not to take away from Harbour performance which was also enjoyable.  Other than Harbour’s acting, the best part of Hellboy is the gore! Holy crap, I haven’t so much gore and bloodletting in a long while and I was squirming and flinching at the extremity of it all.

Hellboy isn’t as good as the previous one and the post credit scene (yes, there was one) points to a sequel which quite honestly, I am not looking forward to. Hellboy is hell if you aren’t a fan of the franchise and it also isn’t for the faint hearted as it will give you nightmares. However, if you are a fanboy then its best experienced in IMAX for maximum satisfaction. If you do get to see Hellboy, please let me know what you think in the comment section below or on Twitter and Facebook.