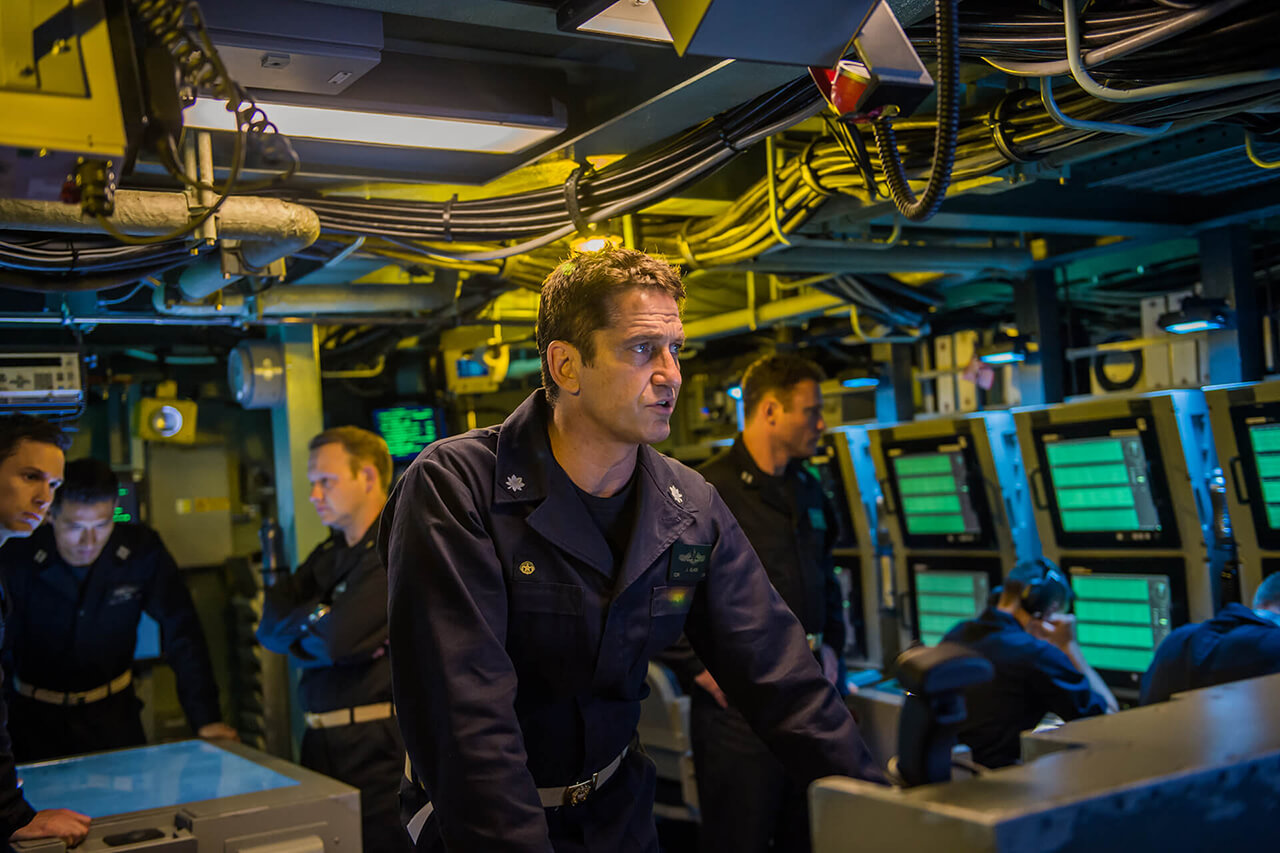 Hunter Killer stars Gerard Butler as Captain Joe Glass the captain of an American submarine hunting for a U.S. sub in distress in the Arctic Ocean. He soon learns that a secret Russian coup is in the offing, a conspiracy that threatens to dismantle the world order. With crew and country on the line, Glass must assemble an elite group of Navy SEALs to sneak through enemy waters, rescue the kidnapped Russian president and prevent World War!

I am a fan of naval warfare which means I was super excited to see Hunter Killer and I must say I was impressed by the film. I expected another America Vs Russia cold war type scenario but I was pleasantly surprised by the new direction of the film with the Russians and the Americans on basically the same side. As usual, the Americans made themselves look like the stronger party…as always.

Another part of Hunter Killer that fascinated me was the political undertones in the film. I guess with Trump now parleying the Russians, it is about time we moved away from the America Vs Russia scenarios. I liked how there seemed to be a conflict between politics and morality- with the characters trying to balance both sides. However, I must say there were some serious plot holes on how the conflict could have been easily resolved. The producers chose to ignore the obviously easier route but chose the harder and rather less likely route…probably for cinematic effect.

The characters put in a good shift in executing their roles. Common is having one good year- recall that he only recently starred in The Hate U Give (THUG) and of course will feature in the new John Wick. Gary Oldman has again showed us why he is one of the best actors alive. His portrayal of a patriotic high ranking officer was immaculate.

Other than the plot of the film, my favorite aspect of the film is the Submarine itself. I am sorry, I just love subs so much because they are one beautiful engineering feat. I hear that the producers used real Subs for this film and that increased the enjoy-ability of the film for sub heads like me.

Hunter Killer comes to Nigerian theaters on Friday November 1, 2018 but there are a few pre-screenings going on, so you can drop in for some good entertainment. When you do get to see Hunter Killer please let me know what you think about it in the comment section below or on Twitter and Facebook.