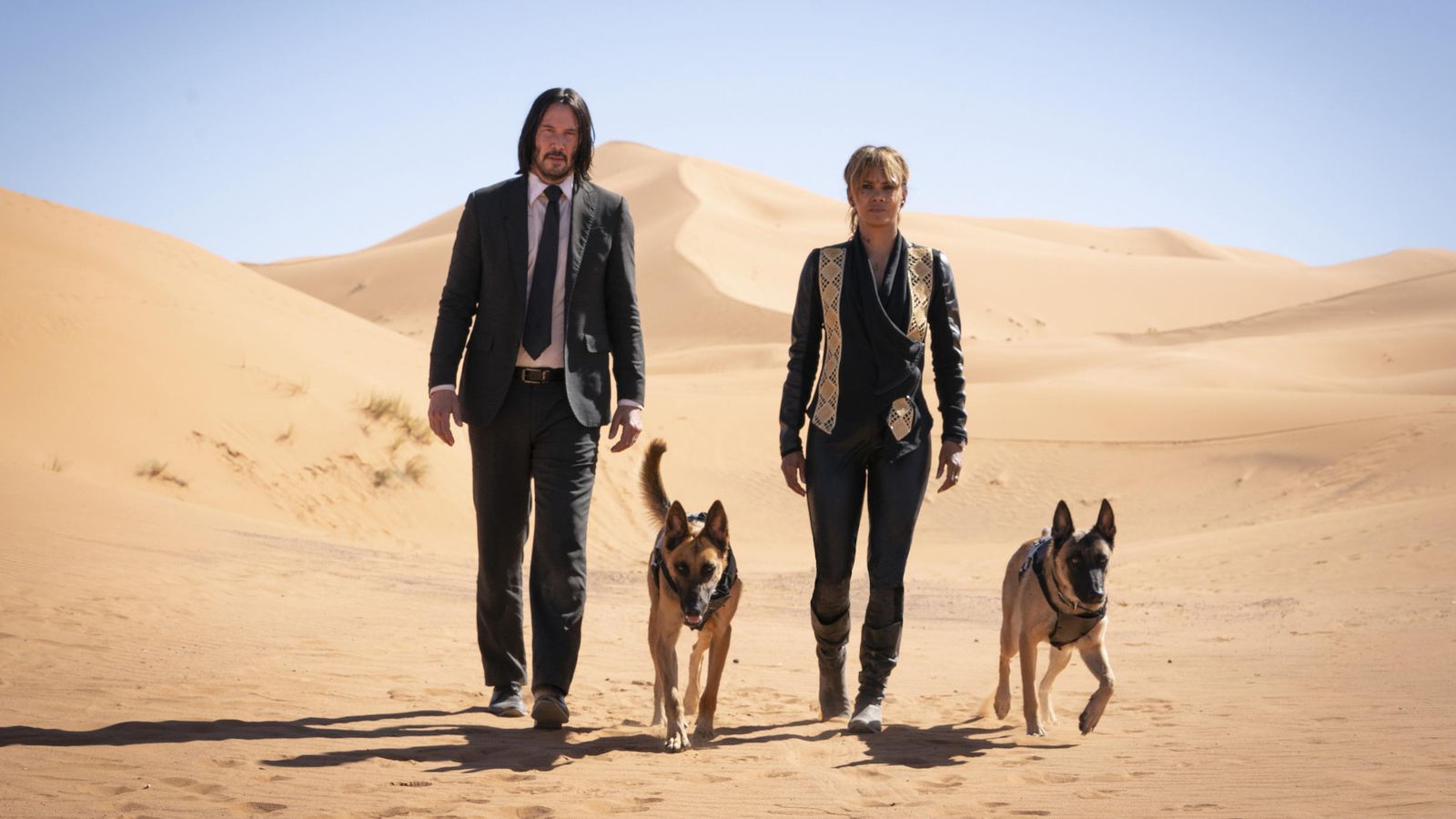 Jonathan “John” Wick (Keanu Reeves), our favorite assassin is on the run following his assassination of Santino D’Antonio in the Continental, and with a $14 million global contract on him, he is banned from every Continental service, which forces him to fight his way out of New York City with the help of a hitwoman (Halle Berry) who still trusts him.

Let’s stop being pretentious that we came to see the plot of John Wick because we are all here for the head shots…and we weren’t disappointed. It’s not every day that a film about a hitman shooting people in the face can successfully hold audiences across three films but John Wick has managed to do this effortlessly. The secret? Upping the ante every single time. You thought John Wick Chapters 1 and 2 were bad, well John Wick Parabellum is even bigger with the relentless shooting and the ever-so-intense action sequence as well as an ever-increasing body count. What’s more, they threw in some gnarly attack dogs that were biting people’s faces and ripping limbs and balls like no man’s business.

The action sequence is ruthless and kept going at dizzying speeds. The very first scene saw John Wick stab one guy with so many glass pieces you will think the guy was Suya Meat. Everything in this film was used as a weapon- a horse was a weapon, a dog was used as a weapon and even a belt was used to kick ass. John Wick has always been the star of the show but aunty Halle Berry showed us why she is a legend because she too didn’t come to play. Her body rolls and face shots were fantastic as she matched John Wick clip for clip. Another match for John Wick is the maniacal Mark Dacascos (one of my favorite martial artists) who despite his age showed great athleticism, dark humor and martial arts skills. He is the perfect villain to our John Wick.

I know we are here for the fight and head shots but the plot wasn’t half bad too. We get to understand that the shadowy organization is deeply entrenched in society and their reach goes into its every facet. We see that their hierarchy is so well regimented that they even have Internal Control/Audit officers (called the adjudicators). Even the John Wick character was developed further that we learn his real name is Jardani Jovovich and we get a glimpse of his background and where he came from.

Ladies and Gentlemen, John Wick 3 is nastier and even more ridiculous with its over-the-top and absolutely shocking (yet satisfying) violence. John Wick has smashed the idea that a shoot-em-up film cannot span 3 installments without losing its way, but unlike Liam Neeson’s Taken, John Wick has held its own across the trilogy and we want a Chapter 4 of this film.

By the way, there was a scene and a line by John Wick that were a direct reference to The Matrix (which turned 20 a few weeks ago). Did you spot them? If you did, let me know in the comment section below and stand a chance to win a free movie ticket to see any film next weekend. Make sure you include your twitter handle in your comment so I can reach you.

The adrenalin fueled John Wick 3- Parabellum comes to Nigerian Cinemas today and is highly recommended especially if you like violent films about a super assassin killing people upandan. What did you think of John Wick: Chapter 3 – Parabellum? Am I just swayed by my love excessive gunmanship or is it a good film?  By the way, they are making a game based on John Wick’s character called John Wick Hex where you can become the Baba Yaga (the Boogeyman) himself.

What did you think of John Wick: Chapter 3 – Parabellum? Am I just swayed by my love excessive gunmanship or is it a good film? How do you rate Parabellum among John Wick Chapter 1 and John Wick Chapter 2? Please leave me a line in the comment section or on Twitter and Facebook.