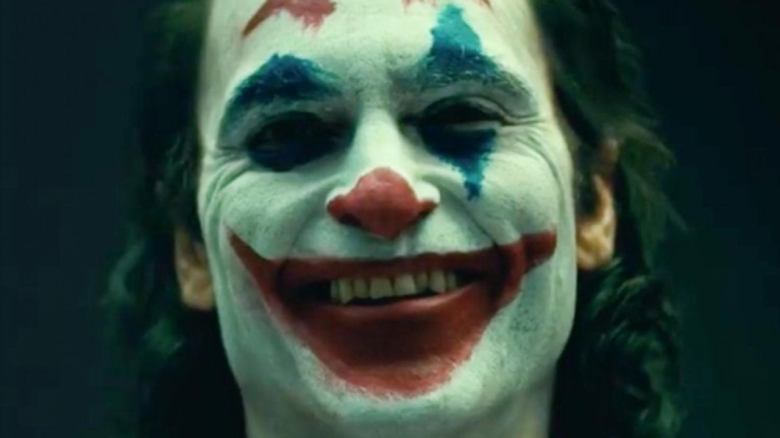 Joker is a standalone film set in 1981 and follows the story of Arthur Fleck (Joaquin Phoenix), a washed-up comedian/clown and his journey to become Gotham’s prince of Chaos.

When I was going to see Joker, I expected it to be a pretty straight forward film that will explain the events that led to Arthur Fleck becoming an infamous villain that hates Batman’s guts but sadly this film couldn’t be farther from what I expected. One thing I will tell you is that Joker is NOT comic book adaptation and so don’t go expecting to see any CGI fest because this film is primarily a social commentary about mental illness specifically Pseudobulbar Affect (PBA). Joker shows us how society plays a part in creating villains and how such escalate and spark revolutions.

After seeing Joker, you will be well within your rights to root for the protagonist/antagonist (not sure where to place Joker) but I don’t think the intention of this film is to rationalize violence but rather draw attention or critique it. For me, I like the Joker as a villain and this film was aimed to understand him and why he is an apolitical psychopath who cares about nothing and no one. I am glad that this film highlights Joker alone without having Batman overshadow him…but there is a scene that references Batman in a rather ingenious way.

There are so many aspects of Joker that make it stand out including the gritty score and fantastic music that heightens every aspect of the film. The pace of the film is amazing because it starts off slow and the audience isn’t sure of what to expect and suddenly it takes a hard left and its downhill from there. The plot will keep you engaged as it balances multiple tones like wit, tension and fear so much so, I never looked at my phone throughout the screening. The cinematography is amazing with so much symmetry in its framing and coloring but the one thing that will most amaze you is the performance of Joaquin Phoenix. There are roles that define an actor and this is the role that defines Joaquin Phoenix! He lost so much weight that he looks malnourished and his acting is impulsive and believable and of course this can only mean one thing. AN OSCAR!! Of course, there will be comparisons with Heath Ledgers Joker (Jared Leto’s Joker isn’t even in consideration) but there is no need to compare these two who are in worlds of their own. I honestly don’t know how Joaquin Phoenix will get out of character after this magnificent piece of method acting.

Joker is a grisly psychological masterpiece that will have you leaving the cinema white faced from the thrill but will also leave you puzzled as to what was real and what wasn’t especially with the plot twists that keep coming at you. However, I must warn that this film may not appeal to you if you aren’t a fan of DC or Joker as this isn’t the conventional comic book film like the Marvel guys do. Also, it seems that in some scenes, Joker pays homage to Martin Scorsese’s Taxi Driver and The King of Comedy), so if you liked those, then there are some scenes in this film that will tickle you.

Joker is NOT entertaining but provocative. It is intense and shocking but will also afford you a a few (guilty) laughs that can trigger some deep morality conflict within you. Joker has split audiences and critics alike, so which side are you on? Let me know in the comment section below or reach me on Twitter, Instagram and Facebook.

Please be warned, don’t try to mimic Jokers laugh because I can tell you for free that, it is addictive, and you will be unable to shake it from your head. Trust me, I know.