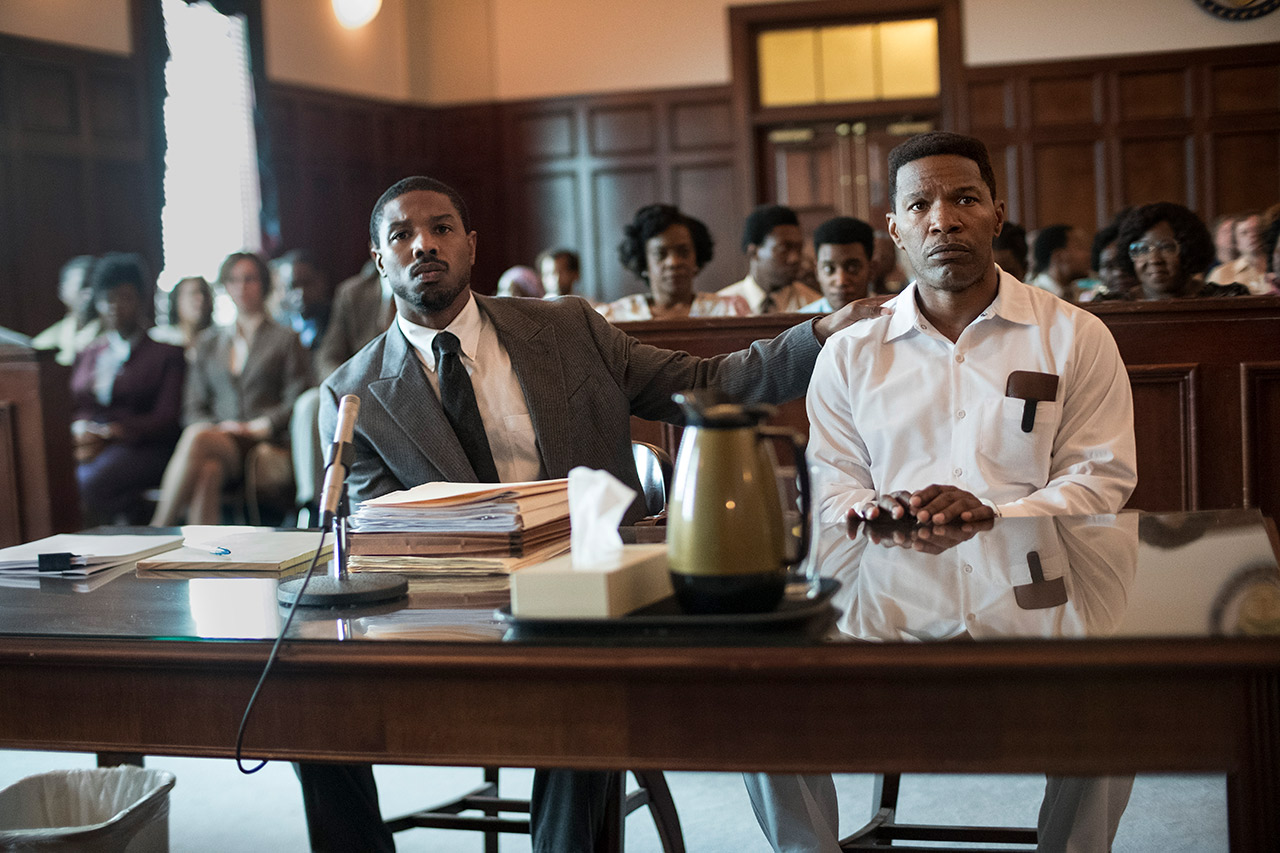 Just Mercy follows young lawyer Bryan Stevenson (Jordan) who after graduating from Harvard heads to Alabama to defend those wrongly condemned or who were not afforded proper representation, with the support of local advocate Eva Ansley (Larson). One of his first, and most incendiary, cases is that of Walter McMillian (Foxx), who, in 1987, was sentenced to die for the notorious murder of an 18-year-old girl, despite a preponderance of evidence suggesting his innocence.

Let me come out straight and say that I consciously/actively avoid films that deal with issues of racism as they make me very uncomfortable because the humiliation gets to me…and this film affected me just like that. MB Jordan gave a powerful performance, whipping emotions with his subtle mannerisms and movement. Jaime Foxx has once again proven that he is no fluke and gives another applause worthy performance with his perfect southern twang.

I understand that the plot is loosely based on true events and it is a very impactful story of courage and justice and it tries to address societal ills that persist today.  Despite that it’s a social film, Just Mercy still comes up as a legal drams by highlighting  the legal/justice process of the US at the time. I am a sucker for law dramas so Just Mercy scratches that itch for me.

Just Mercy is such an impactful film with great performances by the characters, however I must warn that if you are one who doesn’t do so well with racism, this film will be very provocative for you. Just Mercy is a slow burner and is politically charged so if that’s your thing, then go ahead.

I want to say thank you so much for dropping in on my blog, I do appreciate you guys. Not to worry, I got something cooking to reward loyal readers, so stay tuned. However, if you want to holla, you can leave a comment in the comment section or reach me on Twitter, Instagram and Facebook.