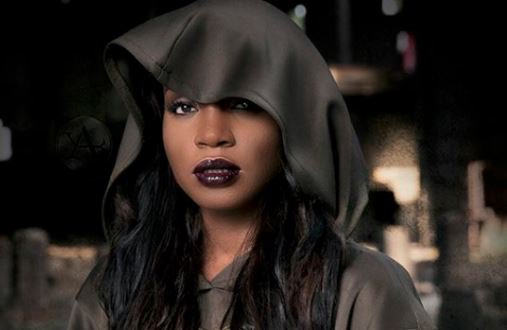 Revue of LARA AND THE BEAT

Lara And The Beat revolves around 2 sisters- Lara Giwa (Sheyi Shay) and Dara Giwa (Somkele Iyamah) who are born into affluence but when they lose all they have because of tax issues, they are thrust into unfamiliar terrain where they must battle to survive through music and entrepreneurship.

The plot of this film is a breath of fresh air because it isn’t something we have seen in a while and that it was properly executed makes it a fantastic film. The actors did a wonderful job bringing their characters to life especially Seyi Shay who (pleasantly) surprised me with her acting skills as a spoilt rich brat. I honestly expected a subpar performance from her, but I was amazed by how well she executed her role. Of course, my crush (Somkele) can do no wrong in interpreting her role but errr, Vector felt a bit wooden because his performance seemed to lack life as he seemed uneasy.

Another highlight of the film was the music which was well scored. I think Tee Y Mix did well in the music direction of Lara and The Beat. A scene which reverberated with me was where the family that took in the sisters were having their early morning devotion and their prayers had rhythm. That scene was both funny and well composed.

However, I must say I noticed a lot of continuity issues with Lara and The Beat. The film had no real perspective of time between scenes and it was difficult for the audience to ascertain the time lapse between events – whether it was days or weeks, we couldn’t tell. I guess they didn’t wasn’t to use the cliché style of using text to let us know the time lapse. A scene where this was pronounced was that where a character was beaten by the rain and in the next scene we see this character still dressed in the same clothing but the clothing was dry. This got me confused if the next scene happened immediately after the rain or was it another day? By the way, the effects for the rain wasn’t good enough, it was obviously fake…but them try small sha.

Another thing I found rather upsetting in Lara and The Beat was the product placements that littered the film. Everything from set locations to alcoholic beverages and even the outfits worn by the characters were adverts for various brands. We really need to find a way to advertise products in a subtle way rather than the all-in-your-face approach that was used in this film. But hey, the film will not pay for itself, will it?.

Lastly, the conclusion of Lara and The Beat was kinda underwhelming. I expected a good conclusion but in the attempt to tie all knots in a neat bow, it came off as rather rushed. Ehen, for all of you in a hurry to leave the screen once the credits started rolling, you probably may have missed a small post credit scene that was meant to put a closure to the film.

Anyways, Lara and The Beat was quite entertaining and makes for an enjoyable watch so if you see it, feel free to leave a comment below or on Twitter and Facebook .

TRAILER FOR LARA AND THE BEAT