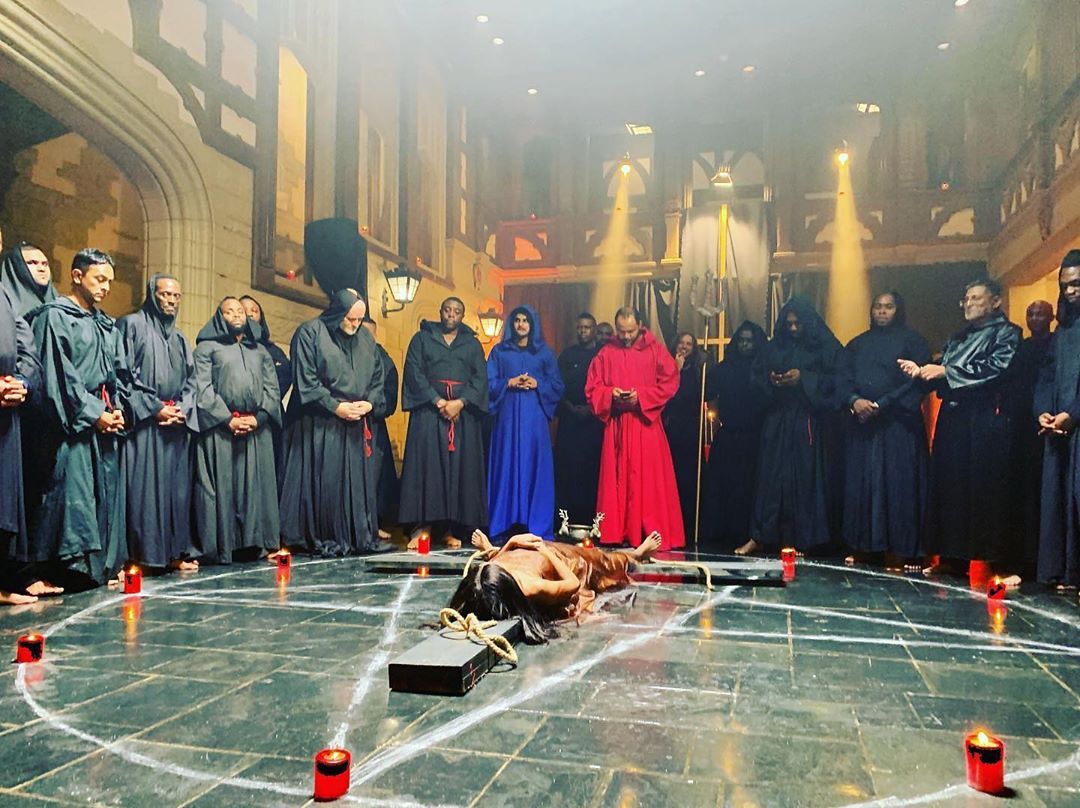 Living in Bondage- Breaking Free is a sequel to the legendary Living In Bondage (Parts 1 and 2) released in 1992 and is the directorial debut of Ramsey Nouah. This installment continues 27 years after the second installment and has a similar premise but this time follows the story of Nnamdi (Swanky JKA) who in a quest for riches gets involved in a shady group called “The Six” headed by Richard Williams (Ramsey Nouah) but he soon finds out that all isn’t as it seems.

Nollywood has finally caught the reboots and sequels bug from Hollywood where the movie producers use nostalgia to drive sales of movies. To this extent, this Living In Bondage sequel couldn’t have come at a better time when the kids who watched (and were scared of the original film) are now of cinema going age. But I am so glad that the producers of this sequel made the film very contemporary and modern by de-emphasizing the rituals that pervaded the first films. So, if you were worried that you will be exposed to headless corpses or incantations and juju stuff, then calm your nerves as there are no such things. In fact, the only scene that had any form of rituals was so modern it seemed like something out of The Davinci Code.

Another highlight of Living In Bondage sequel is the choice of location and the costuming which reeked of pure opulence and lavishness- everything from the choice of vehicles to the residence complimented the feeling of abundance.

Living In Bondage- Breaking Free has one of the best casts you will come across. From the blend of the old Nollywood legends like Kanayo O. Kanayo, Bob Manuel Udokwu to Ndidi Obi (aka Nneka The Pretty Serpent) to the new Nollywood stars such as Enyinna Nwigwe, Nancy Isime, and Munachi Abii and this A-list of characters did an amazing job. However, I will save the best praise for Swanky JKA, the lead in the film whose representation as the naïve kid trying to get to the top is outstanding! Also, Ramsey Nouah’s role as the head honcho of the confraternity is unlike anything we have seen him do- he seemed like a mash up of Brad Pitt in Meet Joe Black and Darth Vader. I guess since he directed the film, it allowed him interprete the role just the way he wanted it.

Funny enough, the galaxy of stars that make Living In Bondage a good film is also one of its pitfalls. To be very honest, many of the characters in the film had no real part in the film other than just to connect it with the old Living In Bondage. For instance, there were many characters whose roles were either insignificant or downright unrequired. It was evident that some of the characters were put in there with the sole purpose of connecting with the old installment. Some were there just to add sparkle to the film. Many of the characters had story arcs that seemed to come out of nowhere and led nowhere and had no real impact on the films plot or events.

Another issue I had with Living In Bondage is that the film was unreasonably long largely because of the inflated cast. I think the flaw is also due to the writing of the film where the writers seemed to dwell on unnecessary and elongated plot directions rather than follow the real plot of the film to its logical conclusion….or otherwise. I say otherwise because Living In Bondage didn’t have a conclusive end, signaling a sequel to this sequel. I am not sure how I feel about the laying of foundations for another sequel, but I am sure the success (or otherwise) of this installment will influence that decision.

Kudos to Ramsey for his directorial debut because I honestly believe that even though Living In Bondage isn’t my favourite film this year, it will be one of the biggest Nollywood films. When you get to see the film, do let me know what you think by leaving a line in the comment section below or holla on Twitter, Instagram and Facebook.

There’s a public holiday afoot, so have a great long weekend!