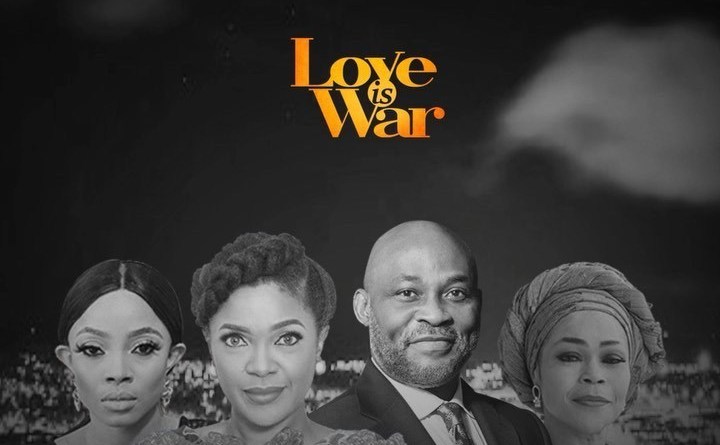 Revue of LOVE IS WAR

Love is war is a drama about Dimeji (Richard Mofe-Damijo) and his wife Hankuri (Omoni Oboli) contesting against each other for the gubernatorial seat of Ondo State.

Love is War has a very intriguing premise and it was executed by a fantastic cast. Omoni did a great job as the first gubernatorial candidate of the state while RMD gave a stellar performance as the “first husband”. Shaffy Bello is smooth and classy and Damilre Kuku also gave a good account of herself. All the characters did amazing jobs pulling off their respective roles that after a while you don’t even see the characters anymore.

A highlight of Love is War is the costuming which was well done. All the characters wore appropriate outfits for each scene and the makeup was also welldone. I must also commend the VFX team who did a great job especially in the rally scenes.

When I saw the intricate premise of Love Is War, it piqued my interest because it is a rather convoluted plot that will require a touch of genius to execute and true to me pessimism, the plot was anything but solid. The plot of the film is so farfetched that it borders on absurdity- the whole film is based on a premise that the husband should run against his wife so that his wife can win the election. There are some ideas that may sound good but are so implausible that it ostracises the audience so much so that despite the performance of the cast, the plot didn’t come together. The flawed plot was obvious as the producers struggled to inject some more conflict by way of an exposition by Omoni’s character during the gubernatorial debate. This “plot twist” fell flat and had me shaking my head as the whole premise basically imploded on itself. The funny thing is that whole plot of Love Is War can be resolved with a simple conversation between the main characters. LOL.

Furthermore, there were a few lose ends that weren’t firmed and were left hanging. I am wary of giving any spoilers, but I am not sure what impact Bimbo Manuel was supposed to have. Oh! by the way, I am not sure why the producers thought it a good idea to pass off a catholic church as a protestant church. I am sure the idea was to use the aesthetics of the church for that scene but it was such a bad idea, moreso that the scene was absolutely irrelevant and an attempt to add weight to Bimbo Manuel’s character.

Love Is War’s implausible plot was its greatest undoing that dented the overall enjoyment of what would have been a really good film. Have you seen the film? Please let me know what you think in the comment section below or on Twitter and Facebook.

TRAILER FOR LOVE IS WAR