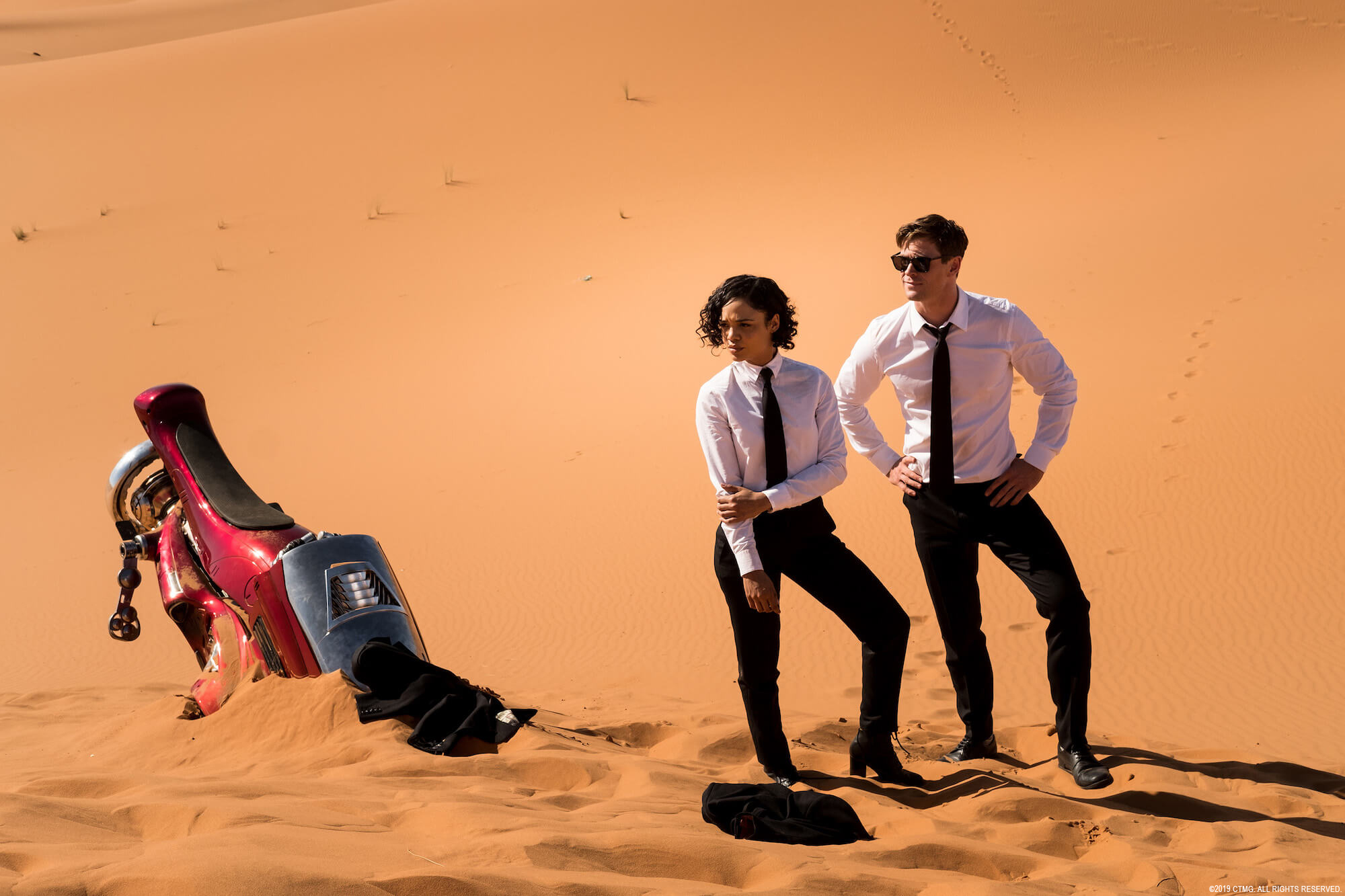 Revue of MEN IN BLACK: INTERNATIONAL

Men In Black: International stars Chris Hemsworth and Tessa Thompson star as Agent H and Agent M, who employ high-tech weaponry to battle mischievous aliens on Earth but when the discover that MIB may be compromised from within, they try to find the mole before the destruction of the Earth.

When I got wind that a MIB movie was in the works, I was very skeptical because the original Men In Black is one of my favorite films and I feared that they will ruin it. Well, my fears have come to true because Men In Black: International is just downright boring. The producers tried to make this installment unique with a character of its own but at the same time holding on to the spirit of the previous installment, but quite frankly, they failed to make it either unique or interesting.

The reason that this film is boring is because it lacked one major thing that the first MIB had and this is charm. Will Smith and Tommy lee Jones were amazing and shared so much chemistry in the original film but I am sorry but Tessa and Chris though fantastic actors in the own right but they lacked any real connection as a team and we didn’t connect with them one bit. I thought this feeling was because we are used to seeing them as part of the Avengers team but it’s actually because they seemed to be trying too hard to be witty that it just came off as desperate.

Another issue with Men In Black: International is that the plot is dreary and dry despite having similarities with the theme of the preceding installments. The plot didn’t have any intrigues and had nothing to look forward to. Also the villain was so underwhelming and forgettable…just like all the aliens in this film. I recall all the aliens from the first MIB films but other than Pawny (Gannet M’s Pet), there weren’t any memorable aliens in this film and this is very disappointing.

The one thing Men In Black: International had going for it is that the producers of course tried to ride the wave of feminism that seems to be in every film these days by giving a female the lead in a huge franchise. Similar to X-men; Dark Phoenix where Raven suggested that the team be called the X-women, Agent H frowned at the team being called the Men In Black even though there are women in the team. Another scene i liked is the scene where Agent H wielded a hammer similar to the way he does as his Thor character. That was pretty funny to be honest.

TRAILER FOR MEN IN BLACK: INTERNATIONAL