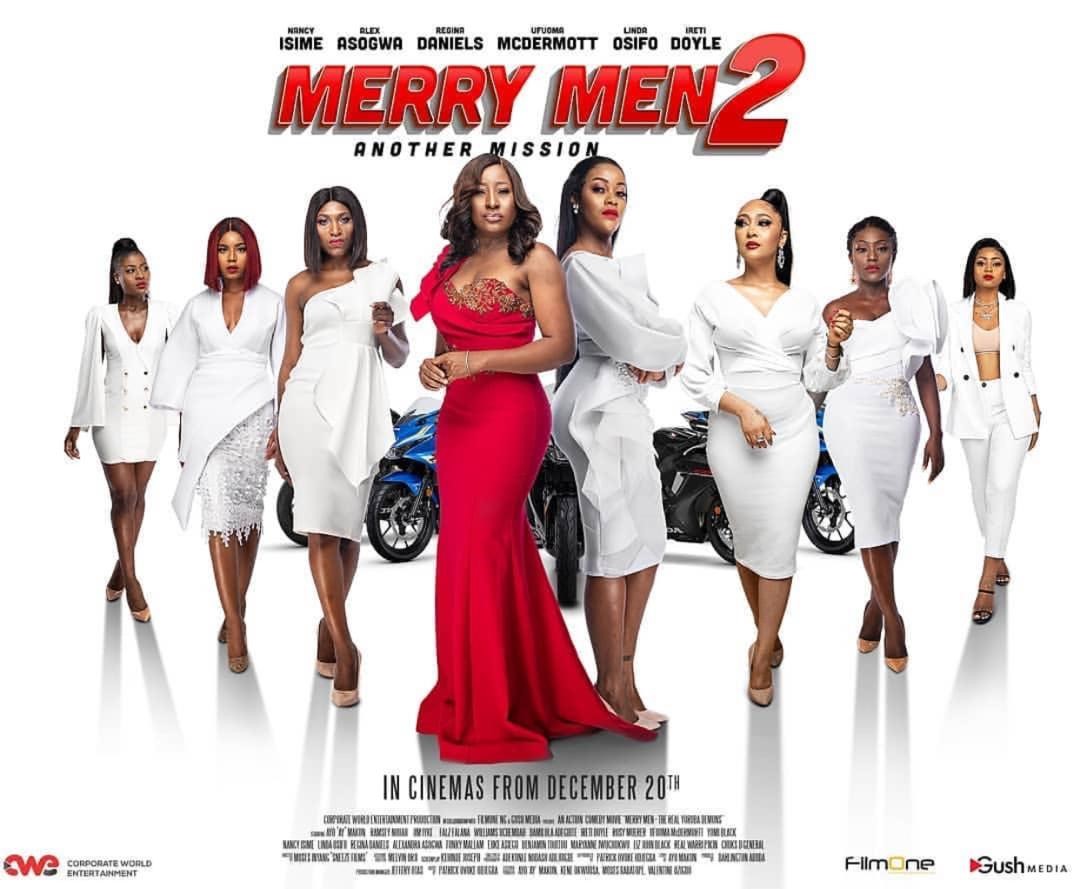 Revue of MERRY MEN 2: ANOTHER MISSION

Merry Men 2: Another Mission brings back the gang for a high stakes heist masterminded by Dame Maduka (Ireti Doyle) who has kidnapped the wife of one of the crew.

I will not lie, I am not a fan of any of the Merry Men films because they aren’t entertaining to me and are merely a show of faux wealth and disingenuous storytelling. So when this film came out in cinemas I was reluctant to go see it but I did and it was exactly what I expected it to be; an over the top show of affluence with a weak plot masked with excellent cinematography.

My first inkling that there was trouble afoot was when the very first scene showed us a gang breaking out a criminal being transported in the middle of the night with inadequate and incompetent security detail. The laughable part of this scene is that the vehicle is gassed but the criminal is unscathed which she explained away by saying she didn’t breathe. Wow, really? I shook my head in disbelief and I knew I was in for a long night. This kind of childish plot vehicles dominated the film evidenced in cheesy lines especially from AY whom I honestly feel didn’t have a script and was basically adlibbing and improvising. The fight scenes were inconsistent and at times good and at times preposterous…mostly ridiculous .

Talking about inconsistency, the whole film didn’t have a consistent feel as sometimes it was just all over the place with the producers trying to cram as much audience pleasers into the film by sacrificing a clear and concise direction. I have no problem with trying to please the audience but not at the expense of a well-developed plot direction. This subpar plot development impacted the characters of the film who at times were comedians and at times toughies and it was difficult to understand what their intentions and motivations were. I guess the addition of Uchemba to the gang was to amplify the funny side of the film, but I must once again plead that AY should just stop pretending to be an actor, I applaud his passion but it’s really exhausting to see him try. Another thing with Merry Men is their attempt at the use of high tech technology and gadgets which was cute…but exasperating as they weren’t well done. A case in point is the use of laser pointers on guns…while less than 5 meters from their targets. Really?! Also, whose idea was it to shoot hypodermic needles out of a pipe?

One thing Merry Men has going for it is the cinematography and color grading which is absolutely excellent and impressed me to no end. There was good use of space and shots and The bright color palette intensified the overall lively feel of the film especially its location and the costuming. Also, the score and music were decent and appropriate for each scene.

For those who haven’t seen the first Merry Men: The Real Yoruba Demons, I will advise you do so as some characters and events in this installment may be lost to you. Merry Men 2: Another Mission is currently streaming on Netflix so if you do see it, let me know what you think in the comment section below or on my Twitter and Facebook.

TRAILER FOR MERRY MEN 2 : ANOTHER MISSION