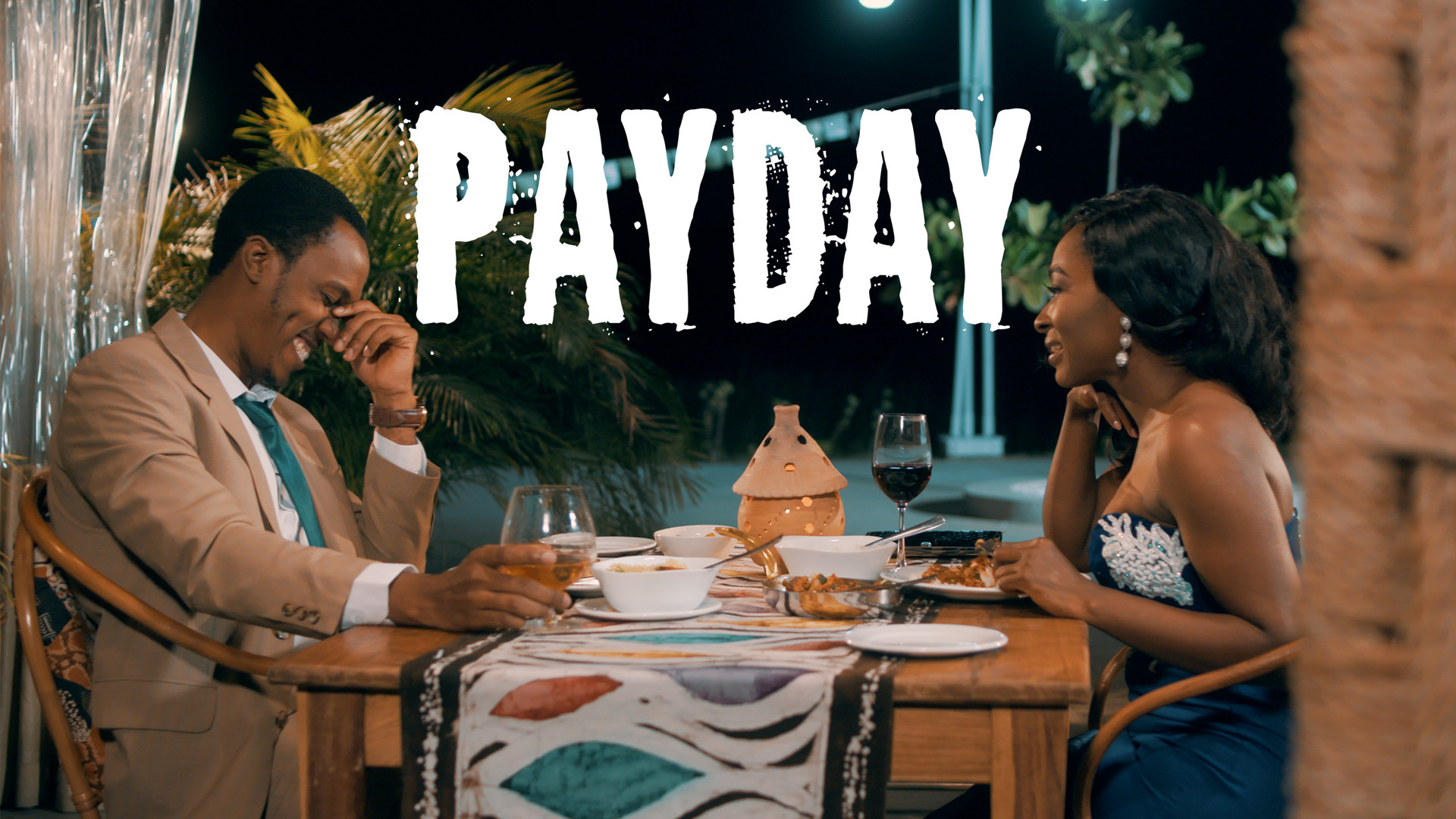 Payday is about Paul (Baaj Adebule) and Ortega (Ebiye Victor) and embark on an overnight get-rich-quick scheme to replace their misspent rent, with hilarious consequences.

If the above plot feels like something you have watched before, that’s because we have seen plenty iterations of this same angle about a group of adventurous boys who are on a get rich quick adventure with (alleged) hilarious consequences. Remember even Nkem Owoh and Okey Bakasi had a similar story in Pam Pam? The lack of novelty of this plot reared its head instantaneously the film started and I immediately started to lose interest.

The highlight of this film will have to be Bisola’s character who came once in a while to put some life into this dour adventure with her genuine funnybone. Baaj isn’t known for his comedic prowess and Ebiye was just the same as his Instagram skits and everything just come off as exhausting. Meg Otanwa seemed like she wasn’t meant to be in this film as she seemed to be just going through the motions and Zack felt like an afterthought.

Anyways, I managed to endure the whole film and the film concluded on a familiar note. I don’t mean to spoilt it for you but what I can tell you is that it ended EXACTLY the way you expected it to end.

Payday is a sad excuse for a comedy as there was literally nothing funny about or in it. It’s presently streaming on Netflix so if you are brave enough to see it, let me know what you think in the comment section below or on my Twitter or Facebook page.