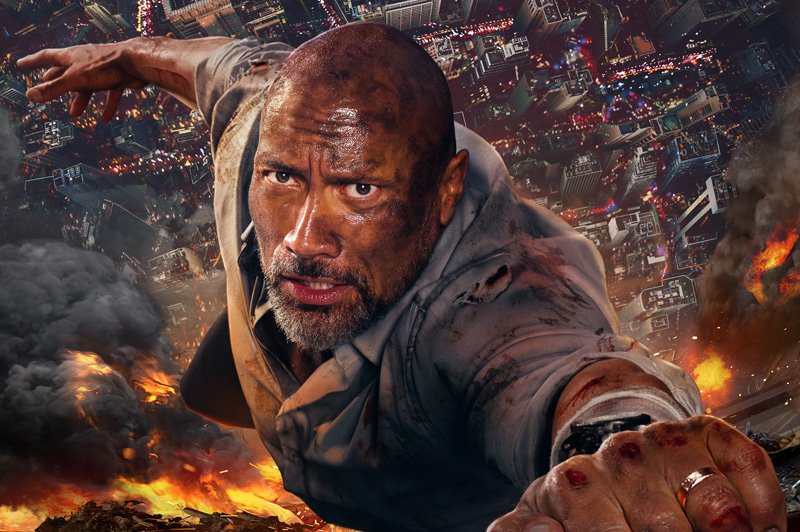 Skyscraper stars Dwayne “The Rock” Johnson as Will Sawyer – a former FBI agent and U.S. war veteran who has taken a job as a security analyst for skyscrapers. However, while in China on an assignment, a skyscraper touted as the safest in the world catches fire and he gets framed for it. Now a wanted man and on the run, he must find those responsible, clear his name and somehow rescue his family members when they become trapped inside the inferno

This film is exactly what you expect it to be – an action film about a US veteran bestowed with a lot of physical strength and mental abilities who must use his training to outwit bad guys whom he dealt with in his past life. But what will make such a film to stand out is “how” this premise is executed. Skyscraper is a perfect example of taking an ordinary film and executing it properly. Let me show you the recipe for Skyscraper:

And BAM! you have got yourself a good film.

Obviously, Dwayne “The Rock” Johnson has the magic touch because everything he touches these days turns into gold. With the exception of Baywatch, Jumanji and Rampage  have made so much money and Skyscraper as at 26th of July 2018 has already made about $186m from a budget of about $129m. He seems to have mastered the art of making not so special films make a truck load of money.

Skyscraper is an ordinary film with nothing really exceptional, but will leave you feeling good afterwards. When you see Skyscraper, please feel free to leave me a comment below or on social media  (Twitter and Facebook ) and let me know what you think.

Thanks for always dropping in on my blog, I truly appreciate it.

No ratings yet.
Tags: action, Dwayne Johnson, review, The Rock