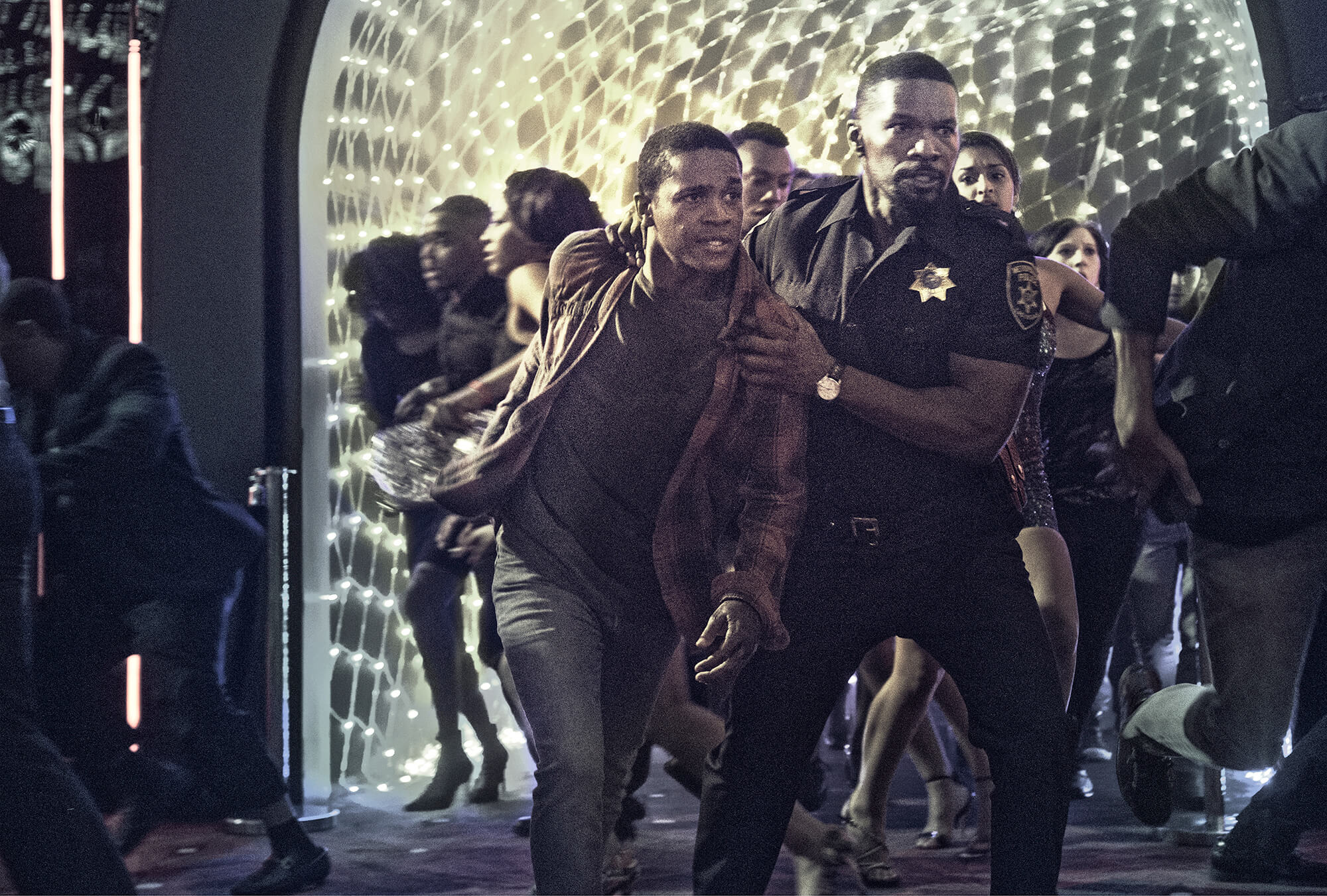 Jaime Foxx is Vincent Downs an undercover homicide cop in Las Vegas trying to crack a drug cartel involving a lot of dirty cops. However, when his son is kidnapped by the drug dealers, it becomes personal and they must feel his wrath.

This movie has been out for quite a while and I am not sure why it only just got to Nigerian Cinemas last week, however, it’s not like there was much that we missed. I say this because the movie wasn’t anything spectacular. Even by reading the synopsis, you can guess that the plot is not an unusual one but it is one that we have seen time and time again. Furthermore, the plot was riddled with a lot of contradictions which though not so fundamental, still had a negative impact on the overall feel of the movie.

For a movie with a rudimentary plot, the only way to stand out is by infusing a lot of action sequences to give the audience something to cheer about. The movie tried to do this but it did fall short of expectations. The producers choose to employ the lazy shaky Cam and jump cut sequences to give us the illusion of a high-octane action scene but sadly we could see through it.

I think the idea of this movie was just for Jaime Foxx to have something to do to keep him within our line of sight until he has another big project to do. Also, I am not sure why Gabrielle Union was in the movie but I think she also didn’t have stuff to do and this also goes for T.I. I guess the idea was just to throw in as much star power to gloss over a rather average movie.

Anyways, the movie isn’t half bad but it isn’t one that we will remember afterwards. It’s one of those movies you can file in your “I have watched it” section of your movie library. But you can still go see it by clicking here to see it at the cinema.

SEE HERE FOR TRAILER OF SLEEPLESS