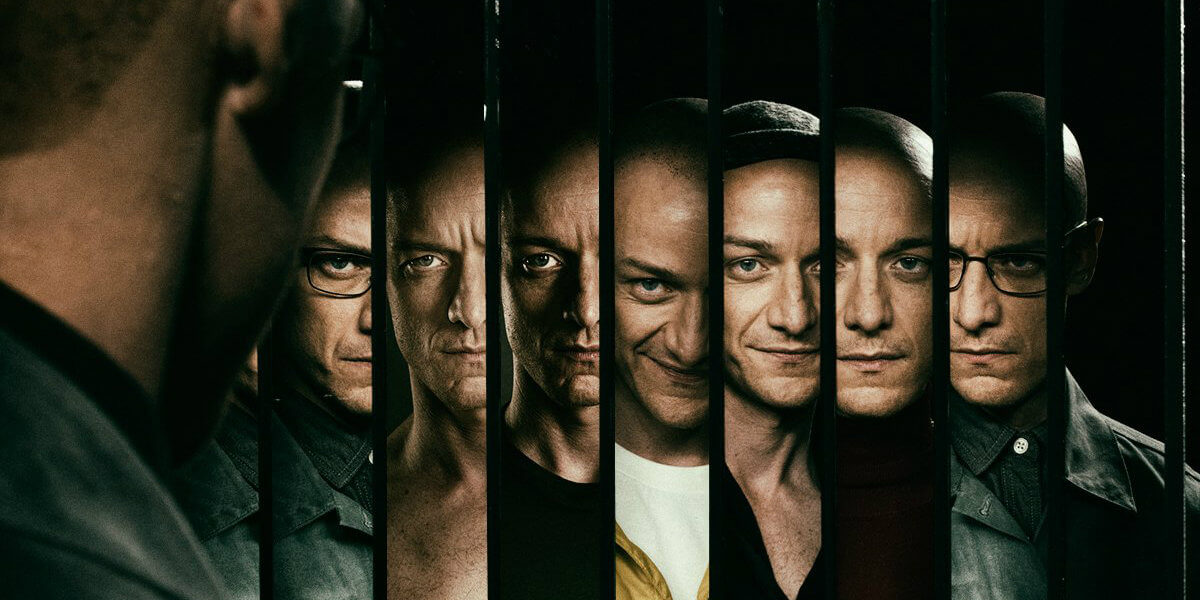 James McAvoy is Kevin, a psychiatric patient with 23 distinct personalities – one of which drives him to kidnap three teenage girls. However, a 24th personality to trump all the others will emerge and the girls are in a race against time as the advent of “the beast” may be the end of the road for them.

This movie was meant to herald the return of Night Shyamalan from a short hiatus, and by jove did he return in grand style! This movie was a thriller in every sense of the word and Shyamalan stayed true to his unique cinematic style and vision which transfixes audiences, keeping them glued to their seat and waiting for more.

Can we take a moment to also acknowledge the superb acting of James McAvoy? Of course he is popular as the young Charles Xavier from the Marvel X-men franchise but I tell you most solemnly this performance is up there as one of his best performances ever. How does an actor be so many people at once in a movie? It takes more than just words to pull this off. His demeanor, speech and mannerism was distinct in each personality and you could tell them apart off the bat. I was truly in awe at this.

The one thing I took away from this movie is that the body can accomplish anything the mind sets out to achieve. The theme of the movie was basically that each distinct personality actually affected the body of the lead character and when he found out the key to mastering his body, he became basically invincible. That being said, the movie really creeped me out because even though science explains multi-personality as a disorder, my religious bent leads me to suspect that Kevin was in fact possessed by plenty demons…but that’s just me.

My favorite part of the movie was the last scene where a character from another Shyamalan movie called Unbreakable was woven into this plot. The significance of this scene is that in the near future, we may see a sequel where the villain from this movie gets to meet the hero from that movie heralding the arrival of a new franchise. I am actually salivating at the thought.

Whether you feel Kevin was possessed by demons that studied abroad or that he was suffering from MPD, you cannot deny the fact that McAvoy was enigmatic in this movie and Split makes for a chilling and somewhat creepy thriller. We’ll leave the discussion as to the abilities of British actors to another day.