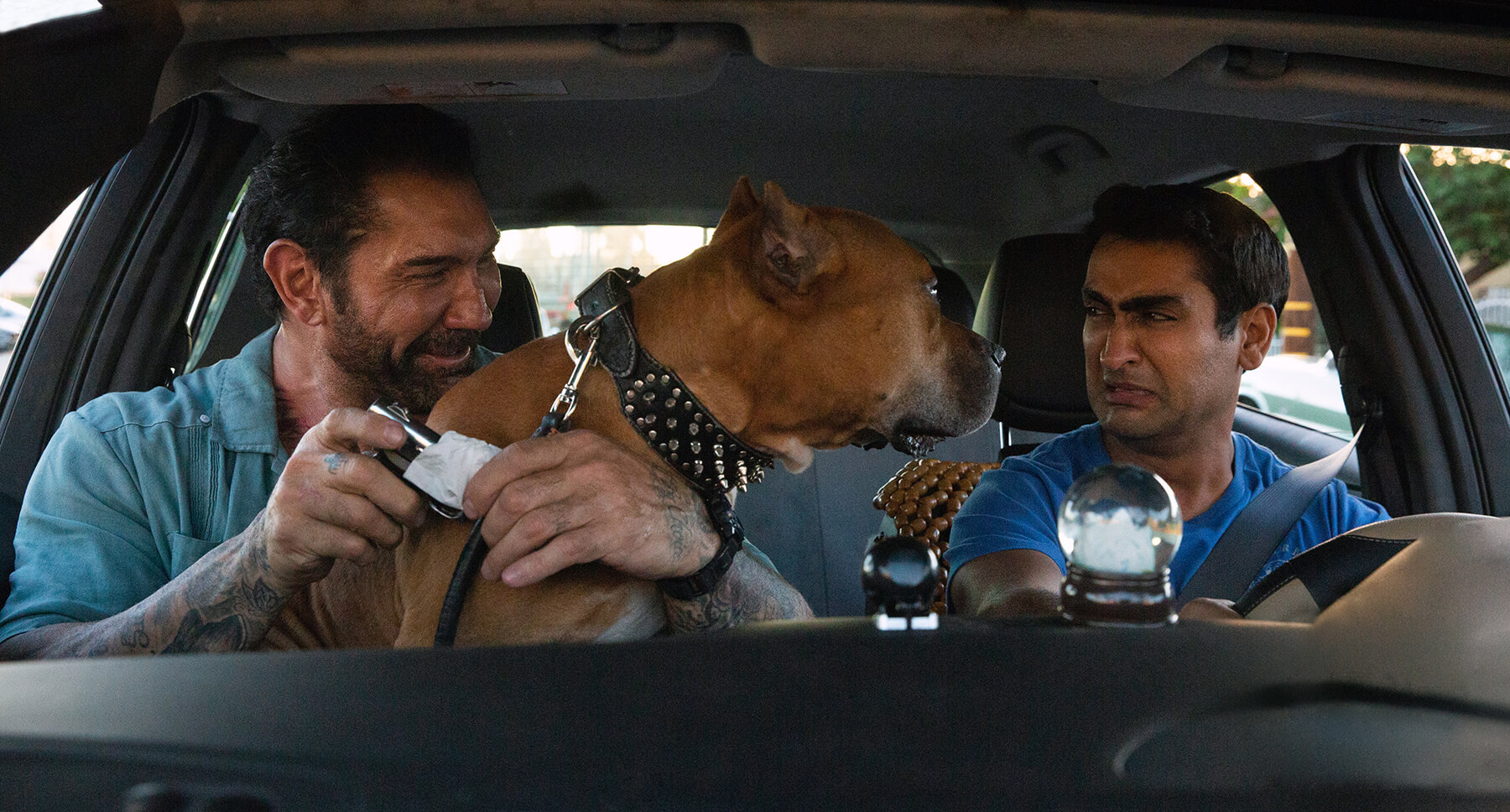 Stuber stars Kumail Nanjiani as Stu, a mild-mannered Uber driver who, during his regular activities, picks up a passenger (Dave Bautista) who turns out to be a cop hot on the trail of a brutal killer. He is thereby thrust into a harrowing ordeal where he desperately tries to hold onto his wits, his life and, very importantly, his five-star rating.

There are films that give you exactly what the trailer promised and Stuber is one of those films. I expected a cheesy and ordinary film about an unlikely relationship between a huge muscular guy and an ordinary Joe who join forces to bring down a villain and that’s EXACTLY what I got…the difference being that Stuber is actually goofy and funny. I know the plot is cliché but that’s the fun part about Stuber, it doesn’t try to be different but just wants to be funny and it had some hilarious scenes.

The characters in Stuber did a good job with Kumail pulling off his role as the cowardly Uber driver with finesse. I am sorry but every time I saw Dave Bautista, I saw Drax (Avengers) but other than that still I think he is a funny dude. I am a huge fan of Iko Uwais and he put some action in the film with his fast paced martial arts skills though I think the way he was defeated was a bit suspect.

But I must hail the guys at UBER for this not so subtle marketing. The whole film was a huge over the top marketing for Uber so much so that UBER literally in the film’s title. I recall when Lyft advertised in Equalizer and I thought it was cool but Uber took theirs up a notch.

Stuber isn’t the funniest film you will see and it doesn’t claim to be, but if you don’t take it too seriously, you should get a kick out of it so I can recommend it for a laugh or two. Have you seen it yet? What do you think? Do sound off in the comment section below or reach me on Twitter and Facebook.