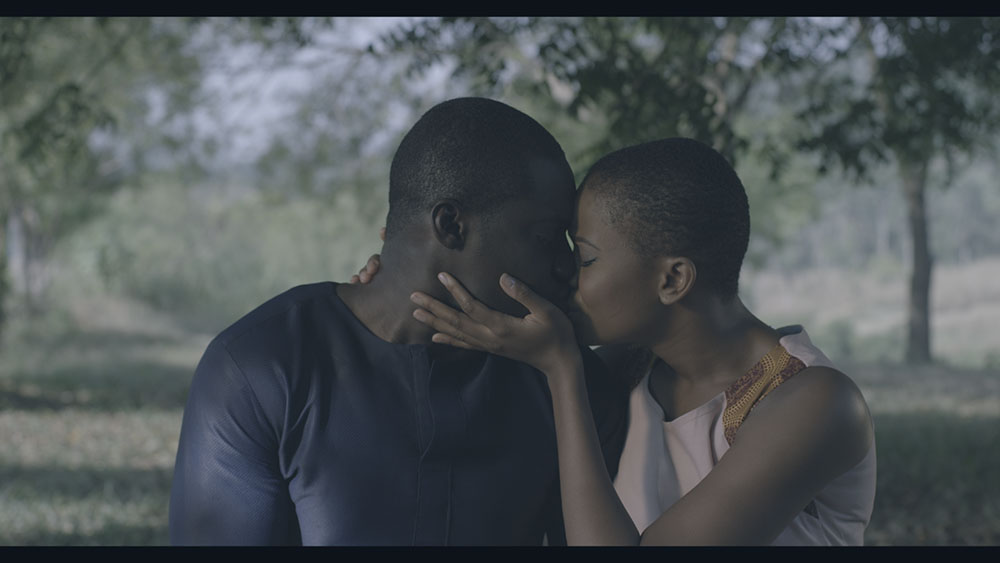 It’s not every day that you see me gushing over a Nollywood production, but take it from me when I say Sylvia is an amazing film! Let me break down the highlights of the film. The plot of the film is not the usual romance or comedy that we are used to from Nollywood, Sylvia is a thriller that gives a new twist to the superstition of “Spirit spouses”. What really makes the plot of this film stand out is the execution. The actors did an absolutely amazing job bringing this script to life. I must commend Zainab Balogun and her amazing execution of the “Crazy Bitch” role and Chris Attoh as her naïve love interest absolutely owned his role. It was amazing how the actors managed to keep the audience in suspense even though we all knew the film’s direction, the audience couldn’t just look away for fear of missing out on how the plot unravels!

Agreed that the plot and execution of Sylvia is outstanding, but what took the cake for me was the music score. Michael “Truth” Ogunlade has succeeded in making one of the most haunting and chilling scores I have ever come across in Nollywood. The spine-chilling music intensified the suspense and feeling of peril that pervaded the film especially the scenes where Sylvia had gone all psycho. The score seemed to be playing in reverse giving the audience that unnerving and chilling feeling with our hearts in our mouth.

Another highlight of Sylvia is the cinematography of the film where the Director used mostly tight framed shots across the movie. This technique creates a sense of intensity because the audience feel so close to the characters that they can almost perceive the emotions playing out. The color grading is also well put together with the producers using a smoky hue giving the sense of the supernatural. Amazing stuff I tell you.

Sylvia is one of the darkest thrillers that has ever come out of Nollywood and I must commend Trino studios for their courage in making this film because this isn’t the quintessential Nollywood production. This may be the dark part of me talking but Sylvia is one of my favorite films out of Naija…ever! Don’t take my word for it, go to the cinema and see it when it starts showing on the 21st of September and please let me know what you think about it in the comment section below or on Twitter and Facebook.

PS. You will never look at a Hibiscus flower the same way after seeing Sylvia and what a coincidence that this is the second film that involves Zainab Balogun and a hibiscus

Have a great week guys!