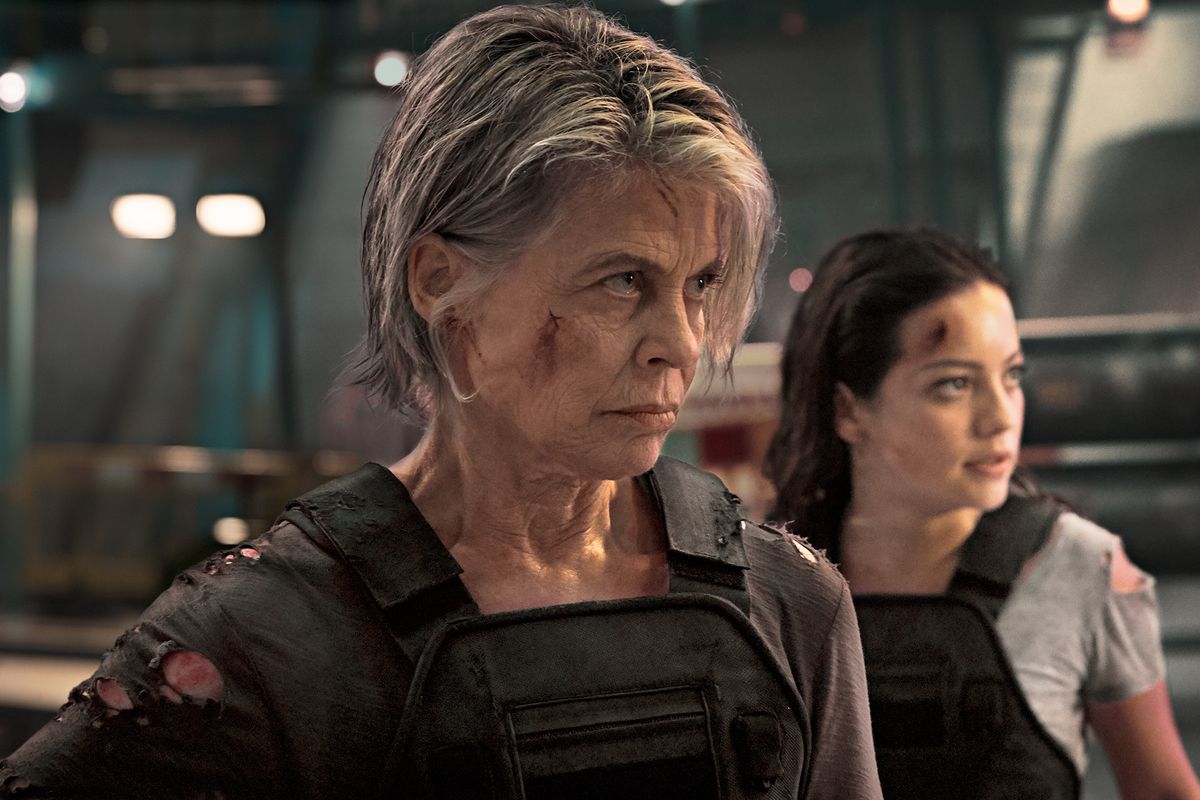 Everyone has been saying the 6th Terminator in the series is the best since T2 and I agree in totality. Genisys and Salvation were poor films actually and I can understand why James Cameron distanced himself from those ones but chose to stamp his seal of approval on this one because of all of the previous installments, this is the most engaging. By engaging, I mean that Dark Fate is the one with an interesting plot and even better action sequences.

Also, Dark Fate has better characterization especially with the return of Linda Hamilton who is my all-time heroine because all the modern heroines aren’t fit to undo her sandals. Furthermore, the new Terminator isn’t that much different from the old “mercury man” but the upgrade where he can separate from his endo skeleton is one helluva upgrade and Gabriel Luna pulled off the ice-cold terminator role perfectly.

Even though the plot of Terminator: Dark Fate is the most engaging, I think it’s shaky and outrageous. The exposition to explain the return of the T1000 (Arnold Schwarzenegger) and what transpired since the events of T2 is ridiculous. I mean I find it hard to believe that the T1000 was sent back from a future that doesn’t exist because of the events of Judgement Day. My annoyance was further heightened by the assumption that we should just ignore the other Terminator installments like they never happened or that they occurred in another timeline. This is very exploitative of the producers and is very confusing.

Terminator: Dark Fate is a good entrant in the Terminator franchise and I do hope that this is the last we will see of it because to be honest, this generation couldn’t care less about time travelling robots and the nostalgia for this film from the older generation has been milked dry. However, this one isn’t as bad as the previous ones and it quite enjoyable…if you ignore the others.

Which of the Terminator films is your best? Here are mine ordered from best to worst: