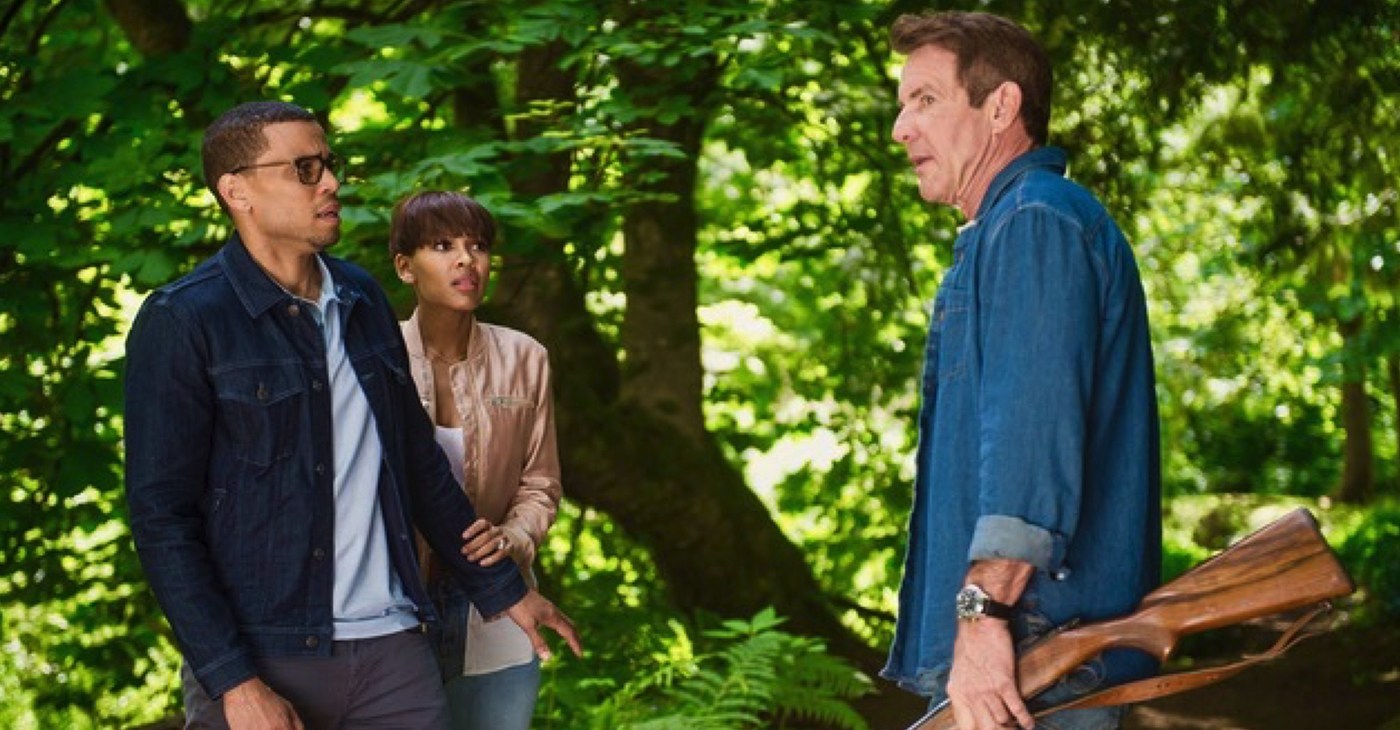 Revue of THE INTRUDER

The Intruder is about a young couple (Michael Ealy and Meagan Good) who buy their dream house to take their next steps as a family.  However when the strangely attached seller (Dennis Quaid) continues to infiltrate their lives, they begin to suspect that he has hidden motivations beyond a quick sale.

The Intruder disappointed me…and I mean that in a good way! The plot of this film seems very unoriginal and I could not imagine how the producers were going to spin the plot of this film to capture the audience but surprisingly, they did just that. Even though the plot isn’t novel, the producers managed to retell this home invasion story in a way that will keep the audience glued to their seats.  Another factor that made The Intruder so endearing is the cast. Dennis Quaid was fantastic as the crazy invader because he comes across as a very amiable and harmless guy with a friendly demeanor but once his switch flipped, he became a monster. That switch was so unnerving and jolting and we never recover from the shock till the film ends.

Talking about a sudden jolt, the producers of The Intruder used a long of jump scares in the film and even though this is a time worn and cheap way to get scares in a film, it served the purpose of shocking the audience into paying attention all through the film. Other than the scares, this film shows us why its good to do your due diligence before you complete a transaction especially in purshcaing a home because you cant tell which one has some dark/sinister story behind them.

Thank you for always dropping in on my blog, i truly appreciate it. Have a blast today

TRAILER FOR THE INTRUDER