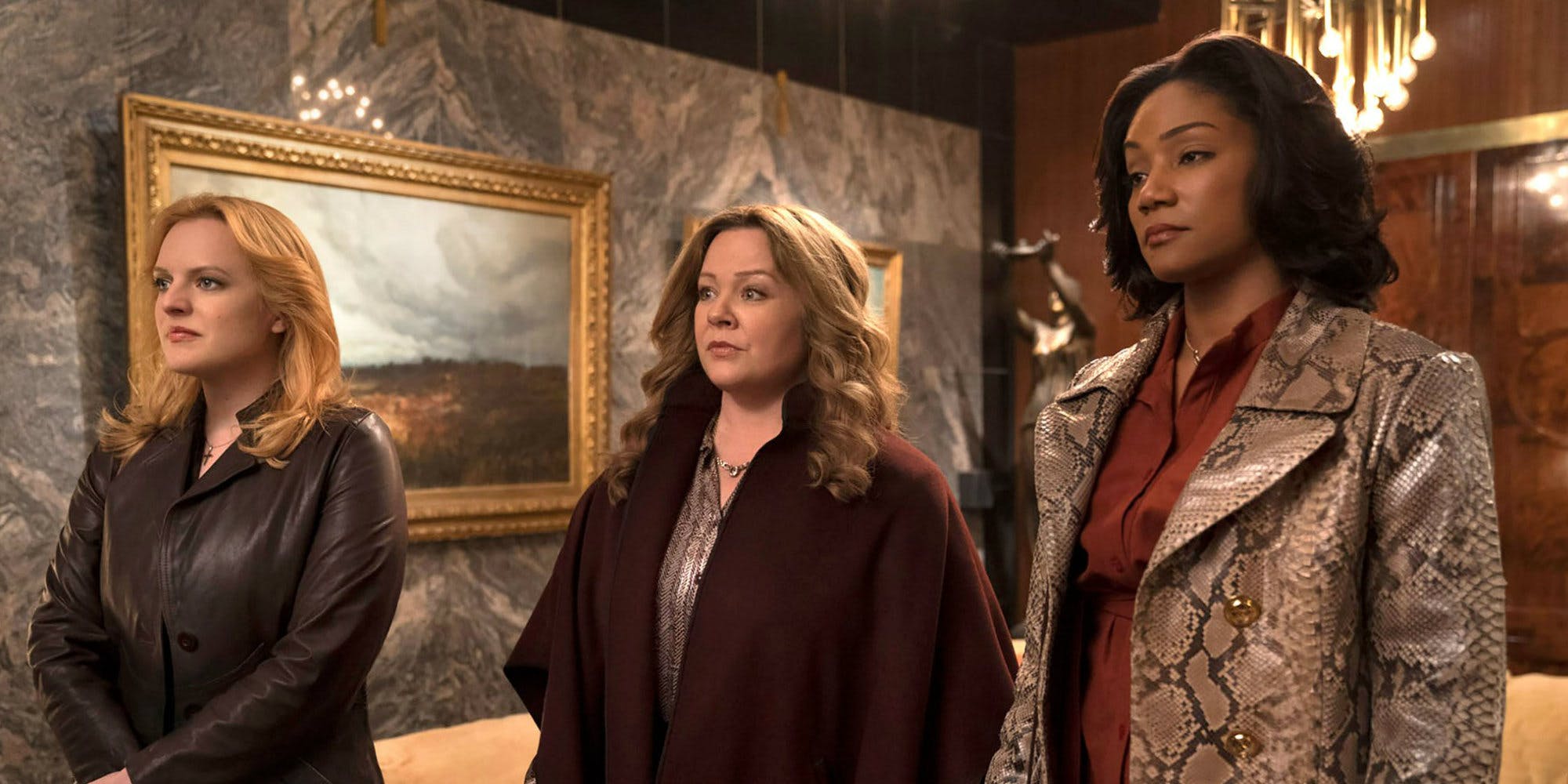 Revue of THE KITCHEN

The Kitchen is set in 1978 New York City, where mob wives Kathy, Ruby and Claire–played by Melissa McCarthy, Tiffany Haddish, and Elisabeth Moss take over the mob business from their incarcerated husbands and in the process take out the competition…literally.

When I saw the trailer for The Kitchen I was excited for 2 reasons – firstly it has one of my favorite comediennes (Melissa) and then it was a gangster film set in New York in 1978 which (as everyone knows) was a very violent time in New York with crime at an all-time high. Sadly, the film turned out to be a phony because it was filled up with all the clichés and stereotypes of mobster films. The plot was chaotic and shallow because there wasn’t any real suspense in the film and nothing to hold the audience’s attention.

I think the idea of The Kitchen is to ride on the women empowerment and feminist movement sweeping over the land. If that was the idea, then I guess it worked because The Kitchen showed women in a powerful (though criminal) role steering the criminal underworld with iron fists. However, I think my greatest challenge with the film stemmed from the fact that the lead characters are MCarthy and Haddish who are funny (wo)men because I half expected them to crack and witty smile and start cracking jokes. I feel bad that my bias towards them impacted my enjoyment of the film simply because I was unable to see them take on more serious roles.

The conclusion to The Kitchen was underwhelming and unsatisfactory because even as the film sought to portray women as strong individuals, it rather depicted them as irrational beings subject to their emotions. Finally, the plot twist at the end came off as clichéd and cheesy. The Kitchen isn’t a compelling story and seems to have been made to ride on the Hollywood trend of strong female leads as a sure-fire way to make money but unfortunately fell victim to scepticism that has trailed films like Oceans 8 and Ghost Busters.

Have an awesome weekend.

TRAILER FOR THE KITCHEN