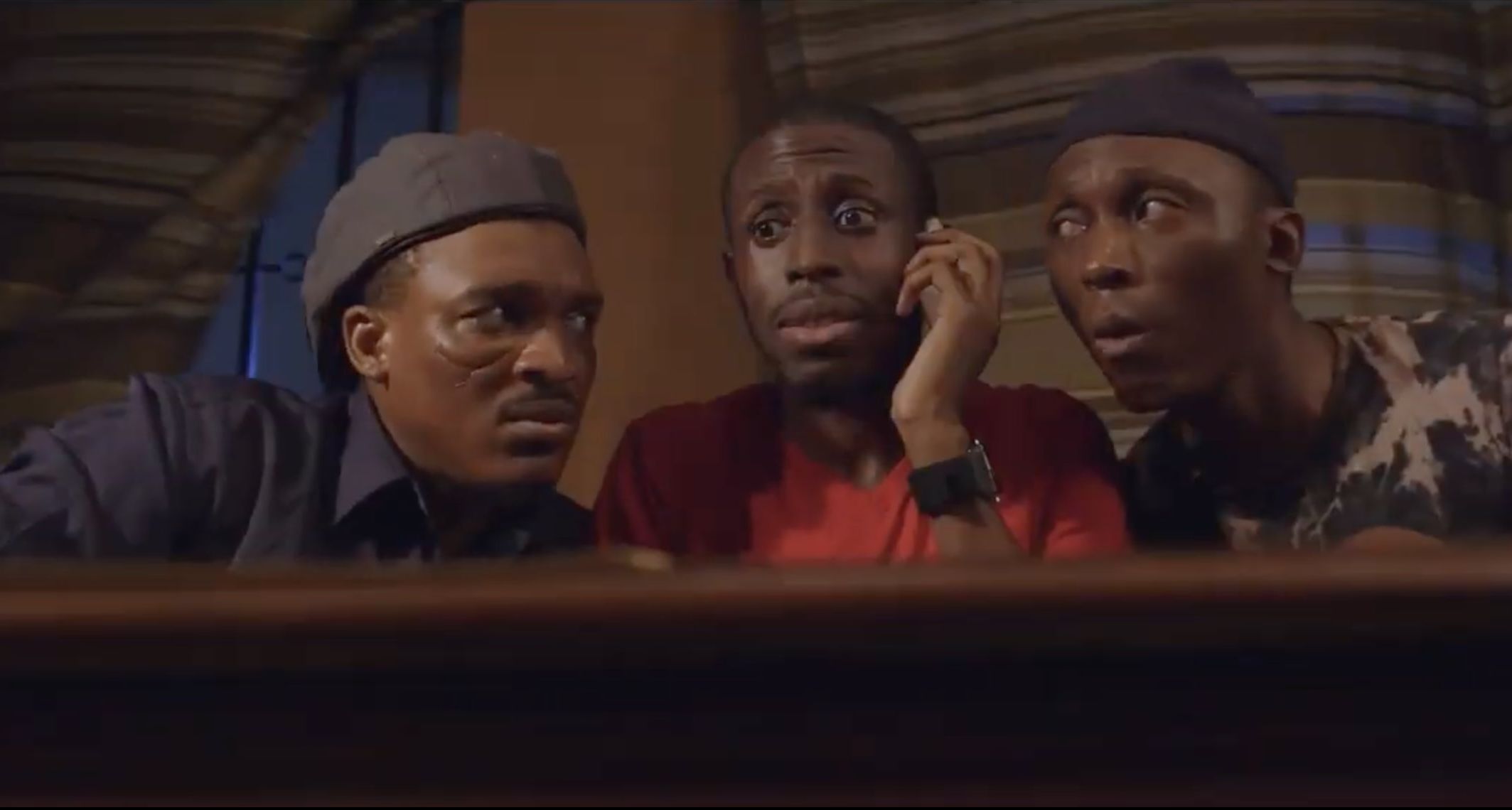 From the guys that gave us Sylvia comes Three Thieves which tells the story of three young men (Frank Donga, Shawn Faqua and Koye-kekere Ekun) who are frustrated with their current employment and end up getting mixed up in a seemingly low-risk, high-profit theft job. Things unfold and they just might be adding kidnapping to the list of crimes they are committing. With a comedic twist to it all, it’s a wonder how they end up as heroes of the day.

The first thing that you will notice when you see Three Thieves is that the overall production of the film is awesome. The superb coloring and cinematography of the film gives the audience a very rich viewing experience and the screenplay is majestic which is understandable when you see the heavyweights like Abba Makama and Africa Ukoh who are behind it. The score too was awesome with Michael “Truth” Ogunlade cooking up a good score for the film.

I am not sure if this is Oyeka’s directorial debut but he did a marvelous job bringing this story to life. His interpretation and perspective is fresh and unlike something we have seen in a while.

Other than the overall production of the film, the characters also didn’t do too badly. Frank Donga, Shawn Faqua and Koye-kekere Ekun were really at their comedic best and my standout character is Koye who had this unassuming disposition as he dropped his lines with perfect timing. The three thieves all together had great chemistry and I assure you of a few chuckles.

The one (significant) drawback of Three Thieves is its plot.  I recognize that the producers intended to do something different but while seeing this film you couldn’t help but feel like you have seen this somewhere before and you wont be wrong. There have been many films about the misadventures of some reluctant criminals. Furthermore, Three Thieves relies weightily on convenient coincidences which are unbelievable. Also, there are stretches of the film where nothing seems to be happening so much so the dude sitting in front of me took a quick doze.

Three Thieves is a fresh attempt at comedy and lands a few laughs, however the excessive coincidences and improbability took out of the comedy. However, if you don’t take the film too seriously, you should have a blast. Three Thieves comes to cinemas this weekend and I would like to know what you think when you get to see it. You can leave me a line in the comment section below or on Twitter and Facebook.