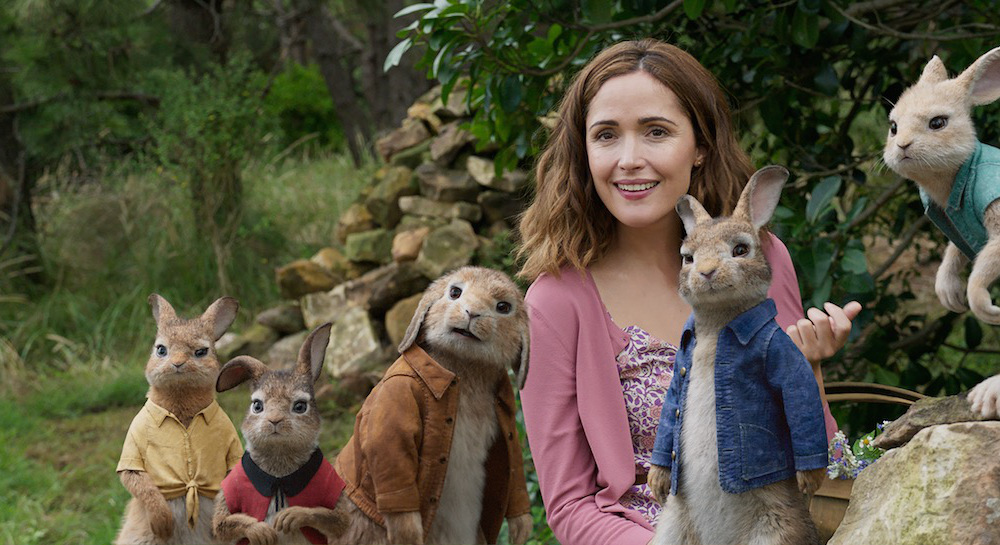 Peter Rabbit and his three sisters – Flopsy, Mopsy and Cotton-Tail – enjoy spending their days in Mr. McGregor’s vegetable garden. When one of McGregor’s relatives suddenly moves in, he’s less than thrilled to discover a family of rabbits in his new home. A battle of wills soon breaks out as the new owner hatches scheme after scheme to get rid of Peter — a resourceful rabbit who proves to be a worthy and wily opponent.

Peter Rabbit is a live action animated film based on the Beatrix Potter popular books and was released specifically to coincide with the Easter season. I know many people will think that because Peter Rabbit is adapted from a children’s book, then this film will be for children. If you are one of those, then you will be wrong.

Okay, agreed that Peter Rabbit was made specifically for children but I can’t lie, this film was so danm hilarious! It had classic British humor some of which will go over the heads of the kids but there were enough quirks to satisfy the kids and just enough to keep the adults interested. However, if you intend to go see this film, its best you go with some children in tow to avoid the curious stare of people who were looking at me (an old papa) sitting amongst children laughing like an idiot.

Everyone (myself inclusive) loved the character of Peter Rabbit because he was so naughty and rebellious but I want you to specifically look out for the angry cock that crows every morning and listen attentively to what he says. The kids won’t get it because that cock was dropping some serious adult lines. Another character you will find hilarious are the bird quartet who (attempt) to sing (and rap) but somehow get frustrated time and time again.

Other than the humor in Peter Rabbit, the kids will go with some good life lessons so I will recommend that you take your kids along and I assure you that you will have fun. So why not click HERE to get your discounted movie tickets and afterwards leave your comment in the comment section below or on my Twitter or Facebook page and let me know what you think about Peter Rabbit.