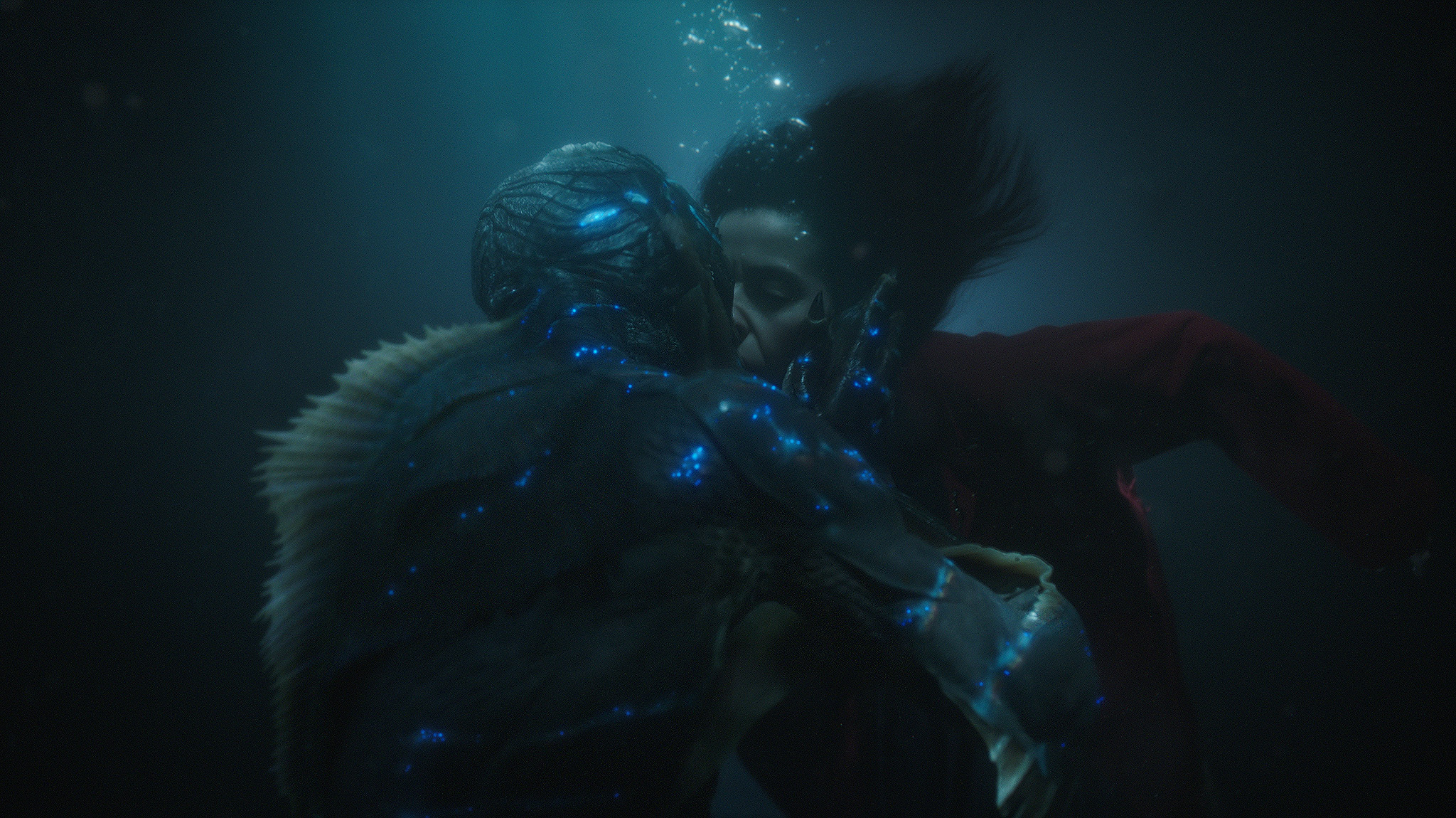 Revue of THE SHAPE OF WATER

THE SHAPE OF WATER is an other-worldly fable, set against the backdrop of Cold War era America circa 1962.  In the hidden high-security government laboratory where she works, lonely Elisa (Sally Hawkins) is trapped in a life of isolation. Elisa (mute) and Zelda (talkative) work as cleaners in a top-secret government laboratory post-cold-war. It seemed like a routine job until someone dies during their shift and they were asked to mop up the place. Elisa discovered a Fish-Man held by the facility and gets help from her best friend and Zelda to recuse ‘it’ (soon to be him) and things take an unusual turn from there.

Guys, Guillermo del Toro and Vanessa Taylor have just made me watch the most disturbing movie of the year so far. This movie was just plain weird. Don’t get me wrong, Sally Hawkins, Octavia Spencer, the director, and the cinematography was all on point…but come on! Even Beauty and the beast didn’t go all R18 on us.

I doubt anything can top this disturbing but enjoyable film. The Golden Globes nominated ‘Shape of Water,’ because it is about love and acceptance *straight face* and truly, there isn’t a better time for such a film, what with the Sex Doll craze that has been blowing across the globe. Its already been nominated for 13 Academy awards and I am sure it will win a lot because we all know that Hollywood like creepy love stories.

Moving on, the Fish-Man turned out to possess supernatural powers; he was a god. The Canadian movie continued with the couple running evading the authorities to live happily ever after (lol). My favorite quote in the movie: A man washes his hands before or after attending to his needs (pee), never both. #iagree.

If you aren’t creeped about interspecies relationships, then go see The Shape Of Water but if you are easily grossed out, just jejely move on along. Somehow this film (obviously) didn’t make it to Nigerian cinemas, so look for alternate ways to watch it and don’t forget to hit me up on Twitter and Facebook  or in the comment section below to tell me what you think.

TRAILER FOR THE SHAPE OF WATER